What is borderline personality disorder (BPD)? According to the National Institute of Mental Health, unstable moods; impulsive and reckless behavior, and unstable or volatile relationships may be indicative of BPD. People with BPD often have high rates of co-occurring disorders, such as depression, anxiety disorders, substance abuse, and eating disorders, along with self-harm, suicidal behaviors, and completed suicides. They often make poor life choices and take unwise risks. Thus, adults with borderline personality disorder are considerably more likely to be the victim of violence, including rape and other crimes.

How does BPD develop?

If there is abuse, neglect, severe family instability, or other trauma, “splitting” can develop during childhood.  The child has to cope with parenting that is not “good enough.” Because we need parents, there are then strong positive (love) as well as strong negative emotions (hate) about the same person. A longing for a “good mother” develops, in contrast to the “bad mother.” This generalizes to other early experiences which are then felt as either “good” or “bad,” “black or white,” “right or wrong.” Later, the child, adolescent, or adult stays like an infant stuck in the emotional habit of trying to tell “good” from “bad.” Rages, temper tantrums, selfishness, are born here. The poor coping strategies of “divide and conquer,” “playing both ends against the middle,” and taking “sides” instead of cooperating, are borderline strategies that we see in everyday life. Putting someone on a pedestal, or “hero worship,” and then suddenly deciding that the person did something “bad” and unforgivable, is another example. Another poor strategy is threatening to end a relationship to punish or control the other person. These strategies disrupt relationships and lead to disaster and chaos. Seeking a “good mother” happens over and over and over again. It always fails because no one is ever “good enough.”

I asked my doctor interviewees for my book if they have patients with BPD. Most of them do have these patients, and their descriptions are fairly consistent. One said, “They are all in or all out. You are the greatest of best or you are the worst and not on their side.” Another doctor agreed, “Yes. One minute they are all over you. You are the best thing since sliced bread. I always warn people if they have been to 3 other practices you are next.” One interviewee added a bit of humor, “Never formally diagnosed them, I may suspect it. The nice thing is it is a delight to be worshipped. The bad thing is knowing that the worship phase always comes to an end in a fiery explosion of anger, hatred, dismay, and frustration. It is like other things in life, it doesn’t last forever.

A doctor said, “They are difficult and they can be manipulative like they try to turn around what I say.” Another added, “They scream at the staff. And they quit. It is so rude.” Agreement in terms of the staff, “They are okay with me. But when they call on the phone they are completely different with the staff.” One doctor said, “I’ve had them, but I tend not to keep them. How much should I try to have this patient like me?” Another interviewee said, “My last one fired me last year. It was ridiculous. Every medicine had to be perfect and she was sensitive to it. They sent a brand name and she attacked me and wrote scorching emails as if I had killed her family. The punishment outweighed the crime. If she put that much into something like this, what would happen when I made a real mistake, which I will, because I am human.”

People with BPD often make doctors uncomfortable. “I will say that in medical school, psychiatry was the area where I felt the most powerless.” And one said, “They are the nasty ones that I get uncomfortable with.” Another doctor noted, “They have zero insight into their problems.” In an interesting agreement, another doctor explained, “They are the most difficult to deal with. Patients who are depressed or have a history of abuse when they develop insight they really move along and make progress. Patients who feigning insight but they don’t have it, and they keep coming back over and over again. You point it out. They say “wow,” but they do it over and over again. They are difficult because they also create a lot of barriers. They ask a question and have a preconceived answer, and when they don’t get it, they keep asking over and over and get really frustrated.” Another added, “It’s patients who are pushing. Constantly on email with us.” Others said, “They are hard to treat, “Self destructive habits and addictions,” and “Poor choices and loss of jobs.”

How can patients with BPD be managed in a doctor’s office?

Patients with BPD need help, but their insecurities and vulnerabilities often make it difficult to seek or accept the help that they need. They are really suffering. It is often quite heartbreaking. Doctors can try to make referrals for psychotherapy. As part of the healthcare crisis, mental health programs, which combine learning increased self awareness with controlling behavior, for people with BPD are hard to find. Insurance often will not pay for the frequency and length of time required in outpatient individual psychotherapy that they need. If there is an element of danger, 911 and the ER are options. In terms of their own needs in dealing with BPD patients, doctors often can benefit from talking with colleagues or an experienced psychologist. It is important to set firm, consistent boundaries and limits, such as with appointments, telephone calls, compliance and other basic practice policies. As some of my doctor interviewees noted, working with patients with BPD is a challenge that, sadly, often fails. We need to demand access to mental health services. Our well-being depends on it. 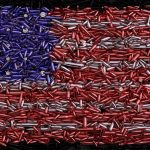 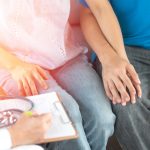 More by Peggy A. Rothbaum, PhD