Less than one year ago, on an early fall evening in Las Vegas, 59 people were killed at the outdoor Harvest music festival. A single shooter injured hundreds more, using firearms purchased through lawful channels.

There have been many mass shootings in our country, before and since, and in 2015, deaths from gun violence eclipsed for the first time deaths from motor vehicle accidents.

Not long after Las Vegas, discussion emerged in professional journals and from other media about the examination of gun violence as a public health issue. Regardless of belief about root cause, it is a fact that incidence of injury can be reduced through limitation of exposure, guns or otherwise. It is a fact that a highly-visible tragedy like a shooting can become a more effective stimulus for change than can the cumulative effects on millions of a more insidious affliction, like mental illness.

Most gun deaths are suicides. In 2015, of 36,252 Americans killed by guns, more than 22,000 fatal injuries were self-inflicted. Whether or not it makes sense to count these together with murders, this is more than suggestive of a mental health crisis – it is shouting of one.

To control mental health care (and not guns) is, of course, a favored position of the National Rifle Association. It’s unfortunate that a lobbying organization so powerful in its influence on policy would obfuscate potential solutions and perpetuate a damaged system that enables almost 100 deaths every day. The need for change is emergent, the evidence beyond excessive.

But while incidence of gun-related deaths can be limited by control of access to firearms, access to a gun does not cause a healthy person to carry out a shooting. It never has done so historically, it doesn’t do so in other countries, it doesn’t do so here. There are larger and more complex forces at the root of this problem.

Mental health care is deficient. Access to the right services is poor. Cultural and socio-economic pressures contribute to the epidemic. Is it possible that instances of gun violence (and perhaps of substance abuse and many other behaviors) are societal expressions of cultural deterioration?

If not deterioration, what is the right word to describe the accelerating wheel of work and consumerism? Would art and entertainment in a deteriorating culture grow increasingly escapist, selling reprieves from reality through superhero movies and fantasy sports? Would ads, crammed onto everything and most effective when they can convince audiences of a problem solved only by their product, be inescapable in that culture? Might families, even while sitting at the dinner table together, become so enthralled in the highlight-reels of others as to pursue the instant gratification of likes, comments, and shares?

Easy access to guns may be a problem, but it is not the problem at work here. We can view and discuss guns as a public health crisis, but the label has no meaning beyond the amount that it might affect public funding for research. Smoking and obesity are without question crises of public health: they and their associated illnesses subtract both quality and quantity from a person’s life on an unmatched scale. Guns take quantity, and they do so in an abrupt and visible fashion. Mental illness takes quality, in a way that’s hard to measure and understand.

The idiom that fits here is that we’re trying to avoid throwing the baby out with the bathwater – trying to protect against sacrificing something important that might become lost in a sweeping change. The irony is palpable, because as our system refuses to act on the issue, we are allowing kids to be killed in schools.

Limiting access to guns may not be the best solution to the present crisis. But it will effect change quickly. The best fix, the one that addresses the real problems, will be slow and challenging. We shouldn’t lose sight of improving mental health care. But the best fix isn’t fast enough, and we are past the point of wondering whether change is warranted.

John Corsino is a physical therapist who blogs at his self-titled site, Health Philosophy. 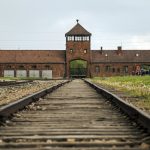 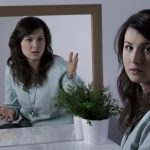