Numerous dementia agents have failed current improvement standards in trials, which require positive changes in both cognitive and functional measures. One hypothesis about the failures is that symptomatic patients are poorly salvageable, so a better target might be earlier stages of dementia. The new guidance suggests a specific staging system for early AD. The earliest stage subjects would have measurable “Alzheimer’s biomarkers” but no measurable cognitive or functional symptoms.

Since such subjects don’t have measurable symptoms to impact, drugs demonstrating biomarker improvement alone might be eligible for accelerated approval, with a requirement for studies “to confirm the predicted clinical benefit.”

Accelerated approval isn’t necessary to conduct such efficacy studies; it almost would seem that drug payers would be helping to fund them.

Bapineuzumab, an amyloid therapy, changed neuroimaging and spinal fluid biomarkers in symptomatic AD patients, but failed to meet improvement criteria for approval. Adverse effects such as hippocampal atrophy are still being interpreted . Solanezumab, another amyloid agent, had an effect on biomarkers but also failed. The guidance seems to suggest that these agents could be considered for accelerated approval in asymptomatic persons if further “persuasive” results were presented.

Interestingly, the document states that currently “there is no consensus as to particular biomarkers that would be appropriate to support clinical findings in trials in early AD,” and that “the certainty of their [the subjects’ ] future clinical course” must still be established.

Interpreting those statements, the FDA is not yet satisfied with the current documentation of progression in early AD. If progression is not well defined, how does one know if a drug is effective in preventing Alzheimer’s disease?

The FDA document discusses why the current dual criteria may not be appropriate. The guidance encourages improving current cognitive measures in a “meaningful” way. This begs the question of whether the dual measures are protecting symptomatic patients from ineffective drugs or keeping them from drugs that might be effective.

Only recently, combination chemotherapy trials that included Avastin showed several months benefit in progression free survival (PFS), with no change in overall survival; that evidently helped full approval . Years of earlier studies were not convincing. It is still not recommended for frontline therapy, and is not considered curative.

Some consider PFS a surrogate measure. There were adverse events associated with Avastin and impacts on quality of life in the study. A dilemma for us oncologists prescribing drugs like Avastin is gauging whether they really help patients or just “prolong dying.” A similar dilemma would confront dementia physicians if new agents are approved with FDA labels similar to that above, which seems possible from the draft guidance.

What one wants from FDA approval is a drug that has a reasonable chance of a discernible good effect, with tolerable safety. Ironically, the FDA allows television marketing of “brain supplements,” readily available over the counter, even dog food for canine cognitive issues. Of course, the agency has different standards for those categories, mainly safety, not efficacy.

The FDA seems to be taking a directive leadership role here, throwing down some challenges. Perhaps the new recommendations will spur development that will provide therapies for all stages of AD, so that one day we will have something that “really works,” even if we may have to lower our expectations for now. 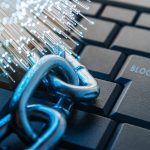 Nurses made this doctor who she is today 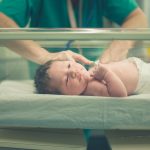