Two prestigious medical journals published studies involving Alzheimer disease (AD) and amyloid beta in successive weeks; both were paired with guest expert commentaries (editorials).  One editorial, about a drug study, also reviewed several other failures in anti-amyloid therapy and stated: “To be blunt, A-beta [amyloid] lowering seems like an ineffective approach….” The other editorial had an encouraging attitude toward amyloid PET imaging as part of the diagnostic process for dementia, but it left me with questions about conclusions.

The NEJM reports a newer trial of verubecestat, a drug that improved target amyloid imaging and biomarkers, but seemed to make subjects worse, had side effects, and essentially failed to improve endpoints.  This trial is interesting because it recruited subjects earlier in their disease process than seen in most other studies, i.e. it tested those labeled as “prodromal,” rather than the “mild-to-moderate” subjects previously reported.

Last year’s FDA guidance to Pharma, for those seeking accelerated approval for dementia drugs, discussed recruiting early patient cohorts. It addressed the notion that numerous AD therapeutic failures were due to the patients selected, perhaps too advanced to be salvaged, even ones clinically designated as “mild.” With early subjects, however, there is a risk of damaging relatively healthy people and affecting their quality of life even when their dementia prognosis might be uncertain.

The NEJM guest editorialist, Dr. D. Knopman from Mayo, discusses the study but also provides context with a concise review of the “amyloidogenic pathway” so strongly associated with AD.  There is an instructive illustration.  He reviews multiple possible points of attack on amyloid, and the target points in recent therapeutic failures.  His full concluding statement is: “To be blunt, lowering A-beta [amyloid] seems to be an ineffective approach, and it is time to focus on other targets to move therapeutics for Alzheimer’s disease forward.”

The JAMA reports a study of dementia specialists’ clinical actions after they were provided a report on their patients’ amyloid PET imaging. The patients already had a diagnosis of progressive Mild Cognitive Impairment or Dementia of uncertain etiology. The authors state that amyloid PET scans (even with various agents) are specific to a very high degree, but can be positive in other neurodegenerative conditions and even in cognitively normal older folks; scans were scored here as either positive or negative.

The study shows that dementia specialists’ clinical management will change for about 2/3 of their patients (60 to 64 percent) after a scan. The authors do not provide any patient outcome data in this report [expected later], but AD drug prescriptions increased overall. The drugs prescribed are not considered disease-modifying or anti-amyloid.

Strictly speaking, using an old definition, AD is diagnosed with brain tissue under the microscope.  The authors state that the presence of amyloid is required, but not sufficient, for neuropathology diagnosis. Since brain biopsies are evidently not routine, amyloid PET can act as a surrogate for tissue examination.  Negative scans might be particularly helpful, to avoid giving AD drugs (whose only FDA indication is for “dementia of the Alzheimer type”) to those who probably don’t have AD. Yet AD drugs were continued in those with negative scans, and new ones were even given to some patients with negative scans.

Amyloid PET scans were evidently under reimbursement review by Medicare when the JAMA study was initiated.  For context, FDG-PET scans for cancer had to go through a multi-year process before limited indication approval for payment. National organizations like the ABIM and ASCO discuss the rational use of expensive scans through their “Choosing Wisely” guidelines.

The JAMA guest commentators, Drs. C. Jack and R. Peterson, are coincidentally from Mayo.  Dr. Jack is the first author of a significant “research framework” position paper last year, proposing that neuroimaging including PET scans for amyloid beta and tau be the foundation of AD and dementia research going forward, even re-defining “Alzheimer’s Disease” itself based on their “AT(N)” paradigm.

Even though unresolved questions, including pathophysiology, evidently prompted the research framework paper, the following comments concluded their editorial: “Given the evidence provided by the IDEAS [JAMA] study that more specific knowledge provided by biomarkers about etiology of impairment was associated with changes in short-term clinical management, a path forward seems apparent. More detailed etiologic characterization by deeper biomarker-based phenotyping will result in more precise, patient-specific management decision making. Ultimately, the hope is that management will include access to pathophysiologically appropriate, disease-modifying interventions.”

My oncologist (non-neurologist) questions about the JAMA study: 1) The authors of the study recognize several limitations and mention this: when an enrollment criterion requires that participants agree that “knowledge of amyloid PET status was expected to alter diagnosis and management,” doesn’t this create a foregone conclusion? 2) What are the pressures on prescribing physicians to “do something” when they are given results of an imaging test, given the “pent-up clinical demand” cited by the editorial? How many prescriptions would there be without access to scans?  3) Is the word “etiology,” implying certain knowledge of the primary cause in AD, the right word for the protocol and editorialists to use? Could amyloid deposition be akin to scar tissue?

The JAMA study also reminded me of “The Will Rogers Phenomenon,” a type of lead time bias, seen in cancer studies when new imaging techniques are introduced, and how that might influence survival statistics.  Will that kind of phenomenon influence the eventual report and interpretation of patient outcomes from this cohort?

4 reasons why this physician specialized in infectious disease 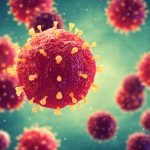 Pause before writing your personal statement 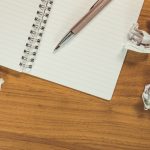