The Food and Drug Administration (FDA) negated the recommendation of its expert panel and approved Aduhelm to treat Alzheimer’s dementia (AD), contending that the possible benefit trumped the lack of evidence of efficacy. The FDA was inexcusably in error in making this decision. Aside from the likely lack of benefit, the use of this drug can result in many negative consequences that make its use ethically questionable.

The manufacturer submitted two studies for FDA consideration. The first demonstrated no significant difference in slowing AD progress between treatment and control groups, and the second “approached significance,” which is statistically meaningless. Sadly, the FDA based its decision not on science, but on a faint hope, a form of decision-making reserved for children wishing for a unicorn.

In one ethical context, “good” is reserved for individuals, while in another “good” is attributed to a community (i.e., a family, neighborhood, or nation). What constitutes a “good” depends upon circumstances and those involved; it may be better health for one person, clean water for a community, or reduced COVID infections in a state.

Adulhelm, given its future advertising, is most likely to provide an individual with AD “false hope” that the medication will provide more functional time. The drug’s recipient may make longer-term plans than s/he would have done before the pharmaceutical: plans that will not come to fruition, resulting in a reduction of “good.” Similarly, “false hope” would be provided to family members who also would expect increased time with a functional elder, and here too, the expectation would result in a diminution of their “good” as this time together would not materialize.

Adulhelm is expensive (about $50,000 to $56,000 per patient per year), and its cost is additionally inflated by the tests necessary to confirm AD (as opposed to other types of dementia), the assessments needed to monitor disease progression, and as the drug requires multiple infusions annually, the costs for treatment in a specialized facility.

Medicare and its advantage programs are not bound to cover FDA-approved medications but could make their own determination. However, Medicare cannot negotiate medication prices, and thus seniors would have to pay the drug’s full price. Yet, if Medicare decides to cover Adulhelm, AD patient expenditures (i.e., co-payments, insurance premiums, deductibles, and a portion of unreimbursed charges) will likely increase for overall medical care. As many elders are on a fixed budget, these increases would require budget cuts elsewhere, resulting in a decrease in other, perhaps necessary “goods” (i.e., food or medication). Also likely, this increased cost could result in AD seniors delaying or avoiding care for other medical conditions, possibly resulting in increased costs for treating advanced conditions (as occurred with COVID), an increase in disability, a decrease in life span, and decreased quality of life; all of which can result in attenuation of individual “goods.” The families of elders could also see a decrease of “good” if they must supplement their aging parents’ rise in health care costs.

It is presently estimated that Medicare will exhaust its funding about 2038, and it cannot be known what form of health care, or its funding, will exist 17 years in the future? The provision of unestablished Adulhelm, is estimated to have a population cost in the billions annually, given the potential number of patients, and would only deplete Medicare funds more rapidly. If Medicare is provided the ability to negotiate prices, then Adulhelm’s cost may be reduced to a level that makes its use affordable nationally and for patients.

If a negotiated price could not be achieved, these increased costs would not only be a burden on seniors, but would be incurred by all insured recipients of health care, decreasing their “good.” Here too, people may delay or avoid health care, incurring the same negatives as reported earlier. Overall, the compensability of Adulhelm would result in a less healthy population rather than a healthier one.

Another ethical problem with the medication is that it will be applied inequitably within the U.S. and globally if approved. Minority elders would be less likely to be offered Adulhelm. Still, even if it were prescribed, they are less likely to have disposable funds to pay for it and the inevitable increase in medical costs.

Globally, it would be highly unlikely that developing nations could afford to acquire this drug or for their citizens to be able to pay for it. Hence, it would in all probability be one medication (among many) that is too overpriced for poor economies and their citizens. It could even be argued that if Adulhelm retards AD, older adults, wherever their location, may live longer in a healthier state, increasing population in an already over-populated world.

My suggestion is that physicians look behind the FDA approval to the lack of scientific evidence on Adulhelm’s efficacy and decline to prescribe it to eligible AD patients, if Medicare chooses to fund it, given the unproven nature of Adulhelm, prescribing it may well be a violation itself of medical ethics as it could be seen as providing a “sham” treatment (as is used in some research), requiring greater information (i.e., its likelihood of null effect, its non-covered cost), and a specific consent form that absolves the physician of malpractice or an ethical breach. 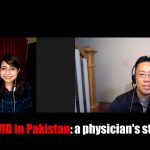 From physician to holistic healer: my journey on Clubhouse 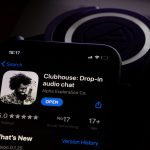