A number of years ago I had an older patient, John, who had just been diagnosed with acute myelogenous leukemia. In discussing his diagnosis, he asked me if I thought that his exposure to radiation in the past might be responsible for his illness. Intrigued, I asked him what radiation exposure he might have had that he was concerned about. He went on to tell me that during World War II he served as a military policeman and was stationed in Hiroshima immediately following the dropping of the atomic bomb.

Although I knew John was a veteran, we had actually never discussed anything about his military service since he never brought it up and I never inquired about it. But now he opened up and talked about what it was like to have had that experience – the shadows of buildings burned into the pavement by the heat of the explosion, the public clocks frozen at the time of the blast, and the utter destruction and human devastation he witnessed. Not to mention that he was subsequently transferred to Nagasaki following that bombing to provide security there. I was captivated by the witness to history I had known for years but had never explored his personal past and what his life experiences had been.

And there are others. I had another World War II veteran, Sam, about whom I “incidentally” discovered that he had landed on the beaches of Normandy, fought his way across Europe, liberated several concentration camps, and was then transferred to the South Pacific to fight there before returning home to spend his career working in a factory.

Not all patient stories are as dramatic, but are no less heroic in their own way. Such as my patient, Marilyn, about whom I found out from her children that she was forced to quit elementary school following the death of her father in order to support her family and had never really learned to read or write; yet I had always known her as a businesswoman who successfully started and ran several stores in the community.

Much has been written about the medical and social histories of our patients, and how powerful they are in making accurate diagnoses and directing appropriate treatment. For example, studies over many years suggest that up to 90 percent of diagnoses can be made by the history alone, reflecting William Osler’s exhortation from over a century ago that said: “Listen to your patient; he is telling you the diagnosis.” But beyond the history pertinent to their immediate health issues, every patient has a story, and this story is often vitally important to both to the person seeking healing and those of us trying to be healers.

Although we appropriately focus on our patients’ history pertinent to their presenting problems, what is often lost by concentrating only on immediate medical issues is an understanding and appreciation of the context in which our patients’ health problems occur. This context is important to us as clinicians since without it, our otherwise dispassionate approach to medical diagnosis and treatment may easily become “lopsided” toward the physician and antithetical to the concept of shared decision making.

Yet, we know that patients almost always want to be active participants in their own care, and that this involves developing a relationship with their physician that extends beyond the simply transactional. They want us to see them as a person with a medical issue, and not only as a problem to be solved. I believe Abraham Verghese captures this in his use of the term “presence” that emphasizes the vitally important human-to-human aspects of the doctor-patient relationship. Knowing the stories of our patients is a form of presence that allows us to better understand them as human beings and the context in which our medical relationship occurs.

But the flip side is how important this aspect of caring for patients is for us as physicians. Although we are trained to view patient problems objectively, it is the unique opportunity to be involved in others’ lives in a way few other professions allow that led many of us into medicine in the first place and provides perhaps its greatest rewards. Patient stories offer glimpses into our patient’s lives that add richness to our relationship with them that can be meaningful and healing for us. For me, the sharing of my patients’ life experiences – the struggles and victories they’ve encountered and the wisdom they developed because of them – has made me a more thoughtful and empathic clinician and given me a greater appreciation of the opportunity to be part of their lives. It is what adds significant meaning to being a physician beyond applying clinical science to patient care.

But “being present” by seeking a better understanding of our patients’ stories is not easy, particularly in the current health care environment. Patients are often hesitant to share with us the details of their lives not immediately related to their current issues; they may not believe them to be relevant or may have concerns about interrupting our “agenda.” From our perspective, the pressure of time and the administrative burdens of medical care in almost all settings discourage us from seeking a more comprehensive and nuanced view of the patients we care for.

However, as Abraham Verghese further points out:

There are a few things that are timeless in medicine, unchanged since antiquity, which we can keep front and center as we bring about reform. One is the simple truth that patients want us to be more present. We as physicians want to be more present with the patient, as well, because without that contact, our professional life loses much of its meaning.

In the case of my patients, I had no idea about these vitally important aspects of their lives that defined who they are and provided a meaningful context for my relationship with them. But all I needed to do was ask.

First date with a medical student 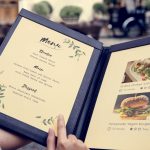 A case for climate activism: but where are the medical students? 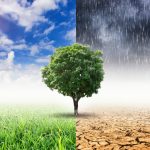 “I had no idea”: the power of patient stories
3 comments