My mother recently died at 94 years of age.  This followed the death of my father around 5 years ago at the age of 88 years.  Although both of my parents lived long and generally healthy lives, each developed progressive, severe, and prolonged cognitive impairment over their last years.

As a general internist, I’ve cared for a multitude of patients in both the hospital and ambulatory setting with various stages of cognitive loss.  Although I suspect that my parent’s trek into dementing illness was likely not that different from the experience of the many patients and families I’ve cared for over the years, as their physician child, my parent’s decline impacted me in ways that were far more stressful and difficult to deal with personally than I had ever anticipated.

As a member of the “sandwich” generation – raising our own children and taking on the care of parents who live longer than ever – most of us prepare ourselves to help manage the health issues they would inevitably encounter as they grew older.

Both of my parents, who worked in human services fields, thoroughly understood and experienced through others what occurs with aging – the progressive loss of abilities and freedom, increasing dependence on others, the risk of a wide variety of medical debilities, and the possibility of perhaps the most feared complication of later years, dementia.  And with this understanding, as a family we talked extensively about this when they were healthy.  We, of course, had advance directives for managing potential future medical issues.  But we also shared what they would and would not want in terms of quality of life as they grew older and increasingly less able to manage their own care.

Through these conversations, I know that both of my parents would abhor the loss of their own personalities and all of the many things they had spent their entire lives trying to become should they suffer significant cognitive decline.  And they had a particular fear, under those circumstances, of feeling as though they would become a burden to those who would need to care for them.  And unfortunately, this is exactly what happened to each of them.

As with many people with dementing illness, both experienced a heart-wrenching and protracted stepwise decline in higher-level function, robbing them of the many joys they had both experienced themselves and brought to others and over their lives.  Memories of experiences with family and friends were gone, and one-to-one interactions with them were no longer possible or meaningful.  As commonly occurs, despite still being physically present, they were no longer the parents and friends who were so special to me and our family toward the end of their lives.

As they declined, we were fortunate that their care was provided by kind and compassionate individuals who patiently and lovingly dealt with the difficult challenges associated with the slow loss of both mental and physical functioning they both developed.   I know that my parents (had they been able to express it) would have been truly appreciative.   And I did my best to ensure their comfort and seek to match the level of care provided to them with what they would certainly want under the circumstances.

Yet, I was struck with the powerlessness I felt as both a family member and particularly as a physician child in helping guide their care.

Despite being profoundly aware of their wishes, I was unable to do anything to alter their trajectory toward a quality of life I know they never would have wanted.  Their decline happened so gradually and so subtly over time that there were no major inflection points where decisions could be made, if that were even possible, to help them either avoid or otherwise modify their prolonged cognitive decline.

And given the limitations of the interventions we currently have for treating dementing illness, it felt at times as though the careful and well-intentioned supportive care they received was in some ways helping sustain them in a quality of life they so wanted to avoid.  Although everyone involved in their care worked extremely hard at helping them navigate the latter stages of their lives with the dignity they deserved, doing so came with many conflicting emotions.

Ultimately, each of their passings came with a paradoxical sense of both grief and relief.

As often happens when we as caregivers encounter our own inevitable, personal medical experiences, my parent’s prolonged struggle with dementia has given me a much, much greater appreciation of the sustained emotional impact of declining cognitive function not only on patients, but also their loved ones and those who care for them.

I am also humbled by just how little control we as physicians often have over the course of disease, and as individuals, over our own destiny – even when we make our hopes and wishes for our future known to others.  And I certainly have a much greater appreciation for the deep-seated fear that most people have about the possibility of experiencing cognitive decline and its effect on others as they grow older.

My family and I are certainly thankful for the long, happy, and productive lives both of my parents experienced.  And I will miss both of them, finding solace in my memories of who they were and how they helped make me who I am.  But I will also work harder at seizing and appreciating the precious moments and experiences we share with one another that can ultimately be lost. 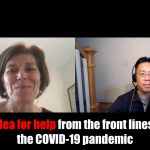 When records are wrong, patients are at risk 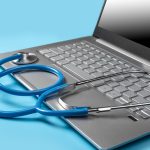