During a day of shadowing during my first year of medical school, the physician I was following had been running behind schedule and instructed me to keep the final patient company until he caught up.

I knocked on the door and found myself facing a wide-eyed, middle-aged man staring down apprehensively at his severely bloated stomach.

As I asked the patient what was going on, he suddenly looked up at me and exclaimed to me his discomfort. He had been having trouble breathing, and his chest hurt. He had gained over 10 pounds in the last week, all in his abdomen and legs, despite having not eaten much.

The patient clearly needed help, but I didn’t know quite what to do. The imposter syndrome that plagued me throughout my first year of medical school was coming out in full fruition. The preclinical curriculum was entirely science-based my first year, when our self-perception of who we’d be as physicians, and our standing in medical school, are entirely dependent upon our performance on multiple-choice exams and our ability to memorize endless amounts of the most minute detail.

Now that the patient before me was having a real health crisis in need of immediate medical attention, I had nowhere to hide, and I had no idea how exactly I could help him.

I thought I would proceed with a medical history, as we are taught to do in our OSCE exams, but the patient was in no mood for such formalities.

“Look at me!” he bellowed, pointing at his stomach. “Why are you asking me so many questions? Figure out what’s wrong and fix me!”

This wasn’t how the standardized patients acted when we practiced on them in school. I needed to call an audible.

After I finished performing the physical exam, I proceeded to try the medical history again. The patient’s demeanor softened. Though he was still in pain, his body language had evolved. He answered all of my questions thoroughly, and with a vulnerability I hadn’t expected given his earlier temperament.

As the boss of his small business, he felt like he couldn’t reveal any weakness to his employees. The job was the only thing going for him. But if he were to fall sick, then that one constant, his work, would be disrupted. There was no one else he could talk to about what was happening to him — he was isolated. There was consternation in his voice.

As if snapping out his trance, the patient asked me why I hadn’t logged onto the computer yet. How had I given him such undivided attention, and for so long? It was rare for him to encounter a physician who had spent so much time with him, who allowed him to speak for so long uninterrupted.

I confessed to him that I was a medical student. I didn’t know what was going on with him, but that I could see how whatever was going on was very painful and frightening for him.

I looked into his eyes.

“The attending will be in shortly,” I said. “And we are going to figure this out together.”

He nodded without objection. That anger in which the patient had so readily shown at the beginning of our encounter was merely a cover for his underlying fear. Perhaps there were other needs of his that I met — a more human one, an emotional need. Though I had failed to diagnose and treat the patient as he had originally said of me, he now seemed satisfied with his experience with me.

When the attending came in, he immediately diagnosed the patient with having heart failure. The patient needed to go to the emergency room. This was, indeed, very serious.

After the patient left, the attending asked me how our patient had remained so calm. Usually, they are panicked and in distress. I smiled. I had done something useful and worthwhile for another human being, even as I could not apply any of the information I had yet learned in medical school.

The knowledge and the clinical training we undergo in medical school afford with us with tremendous power. We enter and endure medical training to attain such power in our careers. And yet, given the never-ending learning curve in medicine and the chaotic uncertainty that inescapably plagues the human condition, I know that I may always hold some trepidation in my full abilities to diagnose and fix the bodily problems of the patients before me.

I’ll have to come to peace with that, accept that I can’t solve every problem, save every life. But I can still find that peace — I carry a power that rests independently of the pathophysiology I’m learning in the classroom.

I forgot I’d have it as a first-year medical student, but this patient interaction reminded me how I always had it, as a human being: This power of merely being present, kind — this power in a gentle touch, a brief moment of eye contact.

It’s a different kind of power, one that may be under looked in our training, but it’s a power that nevertheless supplies relief for our patients, for those who are suffering.

A medical student recognizes the power of the phrase, "I don't know" 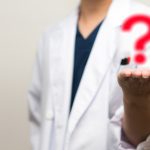 What Karl Marx can teach doctors about burnout 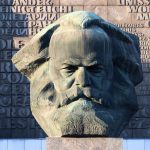