It was mid-afternoon in the ever-bustling surgical intensive care unit (ICU). The nurse, one of those experienced, battle-hardened savants of human symptoms, called me into one of the patient rooms. He was tachypneic on the ventilator with labored breathing and declining oxygen saturations; with each inspiration, his diaphragm would paradoxically elevate, his stomach bulge and the ventilator alarm with the dyssynchrony. Intubated, sedated and unaware, he was fighting for his breath and fighting for his life. A radiograph confirmed our suspicions — bilateral pneumothoraces — and the ICU team prepared for the obvious and instinctual solution: decompression.

The patient’s left arm was pulled above his head and restrained to the bed, so I could easily access his chest wall. With the flesh of my fingertips, I identified the anatomical landmarks so ingrained in my head and hands during my surgical training: anterior to mid-axillary line at the fourth or fifth intercostal space. I made the initial incision, a cut through his skin with the barber’s blade, down through subcutaneous fat in what seemed like an endless and bloody dissection. When I reached bone, I transitioned to the stainless-steel clamp, crawled over the topmost part of his rib, and forcefully pushed through his intercostal muscle until I penetrated his pleura. Upon entry, I opened the mouth of the instrument wide and bluntly tore open the space, both evacuating a large gust of trapped air and introducing a hollow plastic tube into his chest cavity.

I looked up at the continuous respiratory monitor: his oxygen saturation started rising. Glancing back at the patient, I saw his accessory muscle use had subsided. “Another life saved through modern medicine,” I thought to myself, almost laughing and recognizing, in fact, how primitive closed thoracostomy or chest tube insertion, really was. As I cleaned the bloody mess of plastic packaging off the floor, I was reminded of the periodically violent nature of medicine and the force and injury often required to bring about healing.

More than just the tangible aspects of performing a thoracostomy, cannulating a central vein or occluding a bleeding artery, even the vernacular of medicine is rife with violence and conflict. We discuss the “fight” against cancer, or the “battle” against disease as if medical therapy were evenly matched against the constantly evolving and far superior pathology of the human body. Patients stand proudly with their gaunt and cachectic smiles and their frail bodies, the scarves covering their bald heads, and recite self-affirmations about “never giving in,” being “aggressive” with their treatment, and continuing to wage “war” against an indomitable and limitless foe. One hazard of this culture is the notion that our patients “lose” against their disease if they can’t overcome seemingly insurmountable odds. But there are truths beneath these metaphors: we are our patients’ warriors. Regardless of whether we employ a stethoscope or a scalpel, we carry their trust and bear their sigil. Against all odds, we are there for them.

In surgical operations, we violate the bodily cavities of our fellow humans. We stab, cauterize, fulgurate, ligate and suture in hopes that what remains will heal in a better state than when we began. Occasionally, this is not the case. Tumors can be unresectable, and traumatic wounds may be beyond repair; we may even hasten a patient’s death by mistakes in judgment or technical errors that lead to uncontrollable hemorrhage or irreparable damage. Sometimes, the trust granted to us when patients allow surgeons to operate simply leads to a lifetime of complications, hospitalizations, and medical bills.

Our words, just as easily as the knife, can both create and destroy. In the darkest moments of our patients’ lives, and in the background of medical ambiguity, a physician is often the only person that sets the tone of hope, or despair. We prognosticate about life expectancies and estimate the risk of morbidity and mortality from an operation. We speak as though Kaplan-Meier curves and risk calculators can help dampen the sadness associated with metastatic cancer, mesenteric ischemia, or severe sepsis. We hope that verbalizing the substantial likelihood of perioperative mortality will somehow ease the transition when a family loses a loved one. But we are often poor at extrapolation and insensitive in our use of statistics, and patients cling to our words as if they were doctrine. They hope that they will be among the five percent that survive a similar abdominal catastrophe or will be the outlier who lives an additional five years with metastatic cancer.

The necessity to direct medical care by guiding patients and their families through the most devastating events of their lives is an enormous burden on physicians and can be both physically and emotionally taxing. To ease the mental taxation, we’re taught to seek and convey comfort in statistics and concrete data. However, this connection to other humans, particularly the grieving and suffering, is also paradoxically what makes medicine so rewarding. Perhaps we should simply acknowledge the ambiguity of medicine, the inaccuracy of our predictive modeling, and the uncertainty and sheer chance that are inherent in illness and medical practice as in life. Perhaps, we should focus instead on the simple fact that we are our patients’ soldiers and are fighting for them and their loved ones. We are there for them.

I placed the last suture to secure the chest tube, then stepped outside the room to speak with my patient’s mother. I looked her in the eyes. “We’re not exactly sure what’s going on,” I said. “But we’re doing everything in our power to identify the cause, and we’re treating him as best as we know how.” Her look of relief and her calm response, “I know he’s in the right place,” told me my statement and presence were enough. 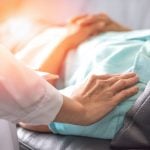 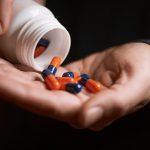 A physician is often the only person that sets the tone of hope, or despair
1 comments