“Gold … man. Gold, like the precious metal, and, y’know — a man.” This carefully crafted response was curated and vetted by countless returned pages, and it rarely failed to produce a chuckle. The patient was not amused, and she referred to me, instead, with a disdainful, “Rosenberg.” Every day I re-introduced myself, and every day — “Rosenberg.”

This 36-year-old female admitted for road rash and multiple rib and pelvic fractures had incurred her injuries after robbing a convenience store. On the counter of this particular store stood a two-foot-tall, white, plastic receptacle. The word “TIPS” sloppily adorned its side in faded black marker. She had walked into the shop, grabbed the jar and made her escape. In her hurry, she neglected to assess her surroundings. My parents cautioned me early on, “when fleeing the scene of a crime, ALWAYS look both ways.” She leaped off the sidewalk and was promptly hit by a sedan traveling 35 mph. The ambulance retrieved her ten feet from the store doors. On the trauma service, we called that “CARma.”

A chronic pain patient and IV drug abuser, she made the next seven days miserable. Pain, the fifth vital sign, would tether her to the hospital. She had weaponized it and expertly wielded it against everyone standing between her and a push of Dilaudid, Ativan, and Benadryl. On her hospital day five (my hospital day 928), the pager received 27 calls. She represented 3 percent of our patient list and accounted for >50 percent of pages. If not pain, it was everything from “disgusting” generic soda to the lack of attention by nurses I knew to be competent and compassionate. Each complaint began with the same condescending, “Look, Rosenberg …” I could feel my patience waning along with the last bastions of my sanity.

After 14 hours in-house, I triumphantly walked toward freedom, microwaved food, a gym and maybe even a bathroom break. As I looked both ways to cross the street, my personal pager alarmed. I visited her one last time. The patient was unabashedly screaming threats of calling “the cops” (who would be arresting her shortly), an “ambulance for transfer” (to a private hospital that would not be accepting an uninsured, county patient), and “the news” (to alert other citizens of her imprisonment). She threatened to leave AMA, threats I assumed were empty since PT’s note established that she could not walk on her own. I calmly let the patient know that I would call the patient advocate to address her concerns. She hysterically let me know that she would be telling the news about me as well, and once more, demanded my name.

The not-long-forgotten empath medical student who went into health care because he “loved science and wanted to help people” felt distant. The clear and ongoing abatement of my own compassion troubled me. I reminded myself of what I learned from “House of God”: “Law #4: The patient is the one with the disease.” But she had made her pain mine, and it forced the point that “Law #8: They can always hurt you more.”

Eventually, hate gave way to lesser forms of resentment, and reflection led to epiphany. Samuel Shem wrote new laws 34 years later that included, “Law #15: Learn Empathy.” For me, the task of re-learning empathy meant shaping it within a new, unexpected paradigm — one based in reality, where patients may not be good, or kind, or deserving, or appreciative. I found the work of remaining empathetic requires putting myself in another person’s shoes, but it also requires decentralizing my values within the situation.

In This is Water, David Foster Wallace characterizes this type of thinking as “a matter of my choosing to do the work of somehow altering or getting free of my natural, hard-wired default setting, which is to be deeply and literally self-centered, and to see and interpret everything through this lens of self.” He adds: “that you get to decide how you’re going to try to see it. You get to consciously decide what has meaning and what doesn’t.” I could have chosen to ascribe meaning to the patient’s suffering rather than demeaning it because it negatively affected my day. I could have chosen to see the beauty in her son’s selfless efforts and taken pride in doing my best to treat a patient in the face of adversity.

Had I been more in tune with this concept, I could have avoided the foreign, uncomfortable feeling of hate and accompanying shame, and may have found the situation “not only meaningful but sacred.” Per Wallace, “the really important kind of freedom involves attention, and awareness, and discipline, and effort, and being able truly to care about other people and to sacrifice for them, over and over, in myriad petty little unsexy ways, every day.” True empathy, especially in the current health care environment, is a tool that requires constant sharpening. It requires reflection, consciousness, and, plainly put, work.

If I met this patient again, no matter how many pages, ignored introductions or complaints I endured, I would exercise the freedom to redirect exhaustion and frustration and reframe their meaning. When she threatened and once again demanded my name, I would turn back around, look her in the eyes, and remind her, cool as Walter White, that my name is Dr. Goldman, and I’m going to continue to do my best to help her. 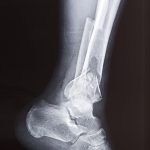 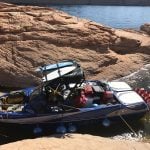 The first time this doctor hated a patient. And what he did next.
3 comments