“The parts of me that used to think I was different or smarter or whatever, almost made me die. ”
— David Foster Wallace in an interview by David Lipsky

Recent physician-suicides and all those before were committed by people; people caught in an organization rigged against them  —  one that breeds new and exacerbates existing, mental health issues. Physicians are people. Doctors are people. They happen to be people who care, which makes them super humans, not superhuman. They submitted their trust to a system that leveraged their good nature against them and exchanged it for the bottom line. This tragic phenomenon is happening around America and the world, to the people who medically treat your children, your parents, your grandparents and you. These people sacrificed, to extreme extents, to care for other people in the face of increasingly hostile environments. (Medico-legal, bureaucratic, onerous debt systems, plummeting job satisfaction: The list goes on, ad nauseum.)

People who want to help other people are committing suicide daily. Say it out loud. Imagine, if you must, the terrible, sometimes medically accurate, ways they carried it out. Now imagine your pediatrician, family doctor, surgeon, psychiatrist or any other person who has treated someone you know, committing suicide. Stop speaking in euphemisms and internally spreading awareness. Start caring, providing options and innovating root-cause solutions.

As for physicians, it’s time. Whether you agree with their politics or not, the kids at Parkland set the standard for self-advocacy. It’s time to stand together and advocate for measures to save a group of professionals, people, who feel trapped. This is not “physician burnout,” another euphemism. This is an all-too-often-occurring, preventable cause of death. This isn’t a need for “wellness education” [euphemism], but a glaring need for disruption of an externally and internally-perpetuated, fatally-flawed system. We aren’t powerless, so stop acting as such. Together, people are powerful, and doctors are people.

The PERSON in whom its invisible agony reaches a certain unendurable level will kill herself the same way a trapped person will eventually jump from the window of a burning high-rise. Make no mistake about people who leap from burning windows. Their terror of falling from a great height is still just as great as it would be for you or me standing speculatively at the same window just checking out the view; i.e. the fear of falling remains a constant. The variable here is the other terror, the fire’s flames: when the flames get close enough, falling to death becomes the slightly less terrible of two terrors. It’s not desiring the fall; it’s terror of the flames. And yet nobody down on the sidewalk, looking up and yelling ‘Don’t!’ and ‘Hang on!’, can understand the jump. Not really. You’d have to have personally been trapped and felt flames to really understand a terror way beyond falling.”
– David Foster Wallace, “Infinite Jest”

I cannot imagine or begin to comprehend the profound torment that leads people to feel the only escape is suicide, but I can certainly relate to feeling as though you are stuck in bureaucratic cement, imposing the weight of dissonance on your tendency towards caring, suffocating the fundamental instinct of empathy you built your career upon. I can sympathize with entrenchment in a system that feels hopelessly unchangeable and needlessly adversarial because I’m a person in medicine. Those who killed themselves were people in medicine. Physicians’ obstacles within the health care machine, the ones causing people to commit suicide, are multifactorial, but not unresolvable. The real fix will require multi-tiered efforts from diverse platforms. Can we save every person? In a perfect world, yes. In this world, we can and must try (significantly harder). We can quell and then extinguish the fire so that the ledge is not the only remaining option.

It’s time for our elected advocates to advocate. It’s time for self-advocacy. It’s time for reflective contemplation to evolve into action, self-care, wellness and all the other buzzwords we were taught in medical school. It’s time the foundation of medicine, our culture of compassion, be applied to people, not just other people. Start at home. Be good to yourselves, your friends, family, neighbors, doctors, co-residents, colleagues and each other. Then build outward. Let’s remind ourselves and others that doctors are people, just like them, and people killing themselves is abnormal and untenable. Let’s rebuild a not-lost community around a still-noble profession. Let’s honor those we failed by being better to those we haven’t failed yet.

A special thanks to Dr. Pamela Wible, “Physicians’ Guardian Angel,” Robyn Symon, documentarian behind “Do No Harm,” and all those conversation-starters and thought-leaders who have dedicated themselves to shedding light on a truly hidden, particularly insidious and overwhelmingly widespread health care crisis.

Both physicians and CEOs need time to think 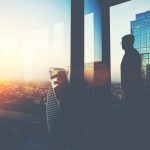 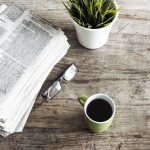