An excerpt from Physician: How Science Transformed the Art of Medicine.

While working at a community hospital in the Midwest in the early 2000s, I came to know Walter Stephenson (name changed), who was under my medical care during a lengthy recovery from multiple complications related to Diabetes. 40-year-old Walter was going through a stressful phase of his life, which included a life-threatening infection in his leg that eventually required amputation, kidney failure necessitating dialysis, and other psychological problems including anxiety, depression, and insomnia.

Once a vivacious and lively patient, Walter seemed to be sinking into himself as he tried to come to terms with a pending amputation. One afternoon during his stay I asked, as I always did, if he had any questions. He nodded, gathering his thoughts as I stepped to the end of his bed to face him.

Finally, he looked in my direction and asked, “Why do you all see me as just … as a collection of diseases?”

I encouraged him to explain what he meant, and he shared that at times it felt more like his physicians were there to treat his disease as its own entity, not as if it existed in a person with priorities, beliefs, and emotions that also deserved consideration.

Walter was right. Each specialist on his care team, myself included, had a plan to tackle Walter’s disease through our own area of expertise. We saw Walter — as we see many of our patients — as an intricate machine with faulty parts that needed to be fixed. This doesn’t mean that we didn’t view Walter as a human with human needs, but when it specifically came to our medical approach, we were each solving our own puzzles.

If a health issue is simple, most people accept and perhaps even welcome this mindset—this is the way that many medical professionals have been trained to do our jobs. But when afflicted with multiple medical problems, such as the case with Walter, this can be harder to reconcile. During his extended hospital stay, Walter was bounced between specialists, hearing varying opinions about how to treat the parts of his internal machinery that weren’t working properly. At times, he felt like his voice went unheard, or when it was, that treatment wasn’t consistent among specialists. It’s no surprise, then, that he sometimes felt dejected or even dehumanized.

As a medical student, I was trained to see the human body as a wondrous machine. A complex instrument comprised of smaller interconnected machines, like a factory. But unlike man-made technology, the parts comprising the human body are less rigid. The components that make up the engine of a car or the hardware of a computer work together in a way that’s inflexible. If too much variance is introduced, if pieces are swapped out or missing, the machine breaks. The same can’t be said, however, of the human body. Despite innumerable fluctuations—some of which are unforeseen—the body is able to keep itself stable through a system of feedback controls that regulate its internal environment and achieve homeostasis. It’s only when abnormalities become too great that we experience failures in the operation of our bodies in the form of disease.

From a simplistic view, our bodies are nothing but a fantastic tube with a ganglion at one end that acts as a sensory unit and an outlet at the other end to eliminate processed waste. Everything in between is a complicated, ever-evolving conglomerate of cannulas and pulleys connected by circuitry and propelled by highly specialized chemicals flowing through tortuous conduits—a wondrous machine. In fact, I don’t know any other way of tackling the human body when it comes to detecting and treating a physical illness, but I can also see how this might create apprehension from the other side of the bed from a patient’s point of view.

And here’s why: even as a doctor, when I see myself in the mirror, I don’t see my body as a glorious machine. I see it as an intelligence in an elaborate ecosystem that works in communion with innumerable other ecosystems, big and small, beyond its boundaries. I see myself as a fertile ground full of emotions, beliefs, preferences, choices, insights, memories, potentials, and so much more.

But when it comes to approaching health and sickness, this can’t always be my approach. If there’s a blockage in a vessel in a person’s heart, we clean it up and put in a stent or perform a bypass, taking a piece of similar blood vessel from elsewhere and patching up the problem area. Broken bones become mended again after being supported by screws and plates. Doctors function as mechanics—when something is wrong, we find it and fix it.

Physicians and biologists use the term “mechanism” liberally in describing a disease process or an organic function. We describe our bodies as being made up of “parts” instead of referring to them as “features.” The terminology has become so ubiquitous that modern-day physicians don’t even realize that their understanding of the human body as a complicated machine is a relatively new idea.

Patient encounters like Walter’s help me remember that my patients are more than just the sum of their ailments. Treating patients solely like machines who need to be fixed forces them to feel just that: like objects to be passed down the conveyor belt. Coupling a person’s health challenges with their mental and emotional ones helps physicians treat the whole person instead of just one “part.”

The ability to see more of ourselves in our patients and relate to their feelings, beliefs, and opinions allows us treat them not just as broken mechanisms, but as complex human beings. Ultimately, this helps us doctors become more human ourselves.

Rajeev Kurapati is an internal medicine physician and author of  Physician: How Science Transformed the Art of Medicine. 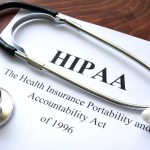 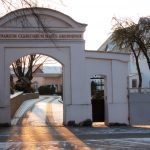