I loved my Prius.

I’m not a car guy.  I’m really not.  But when my Prius started to fail after 120K miles, I took an active interest in picking my new mode of transportation.  I had a few caveats.  I was driving 100 miles a day.  I wanted either a hybrid or fully electric car.  And I needed something safe for the snow.  Preferably four-wheel drive.

My first instinct was to get an another PRIUS.  In fact, a full electric model would be perfect.  I loved the brand.  It drove nicely.  The maintenance was reasonable.  I certainly liked the price.  Yet I couldn’t pull the trigger.  My previous car would slide in the icy winter weather, and I was concerned that an accident was just a little slip away.

After weeks back and forth, and a number of test drives, my wife finally piped in.

Why don’t you get a Tesla?

My immediate reaction was negative.  Why spend so much money on an asset that sorely depreciates? (This was before I became aware of the financial independence (FI) community, but my mind was still in the right place.)  But she had a point.  Tesla’s are super safe, available in four-wheel drive, and were the only model at the time that allowed the kind of range I was looking for.

I couldn’t believe what I was doing

Any doubts disappeared with the test drive.  It was butter!  Imagine, my complete indifference to cars erased in a matter of minutes.  The way it leapt forward with just a small push on the acceleration and then stopped just as fast when my foot released.  The shape, the lack of sound, the cool electronic gadgets on the inside.

Intoxicated, unwittingly drugged with finesse and speed.  Drunk on power and control.  Mere minutes later I was putting down the first payment and ordering a little beauty of my own.

This was so unlike me.  I don’t wear expensive clothes or jewelry.  In fact, I rarely buy anything for myself other than food and the most minimal bare necessities.  It’s not that I couldn’t afford more, like most of the FI community, material things just don’t excite me.  Stuff rarely nourishes my inner needs or brings anything more than the most transitory flecks of happiness.

And it is everything.  Two years later, 40K on the odometer, and I feel a flash of pleasure every time I climb into the front seat.  This noncar guy is now a car guy.  It’s carried me through thrashes of rain and blizzards of snow.  Stopping on a dime, rarely slipping, this is by far the most advanced car I have ever driven.

And so the story ends, happily ever after.

You see.  Everything changed after I pulled up in that technological beauty.  Friends, family, colleagues, and associates looked at me differently.  They all commented on the car.  Then, I was dropped from two lucrative directorships for no clear reason. Social situations became awkward, and I could sense a new tension with friends and neighbors.

Was it the Tesla?  Was I just dreaming?  Maybe stealth wealth was my comfortable modus operandi, and now I felt unnecessarily exposed.

It’s all possible.  I may never know.

I would have gotten another Prius.

How to avoid #MeToo in medicine 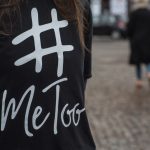 A physicians care for patients in jail and wonders: Could it have been prevented? 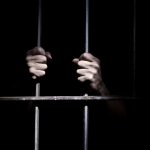 The Tesla and a failure of stealth wealth
5 comments