What is self-awareness? A quick Google search says that it is “conscious knowledge of one’s own character, feelings, motives, and desires.” In other words, my worldview is different than yours. Hypothetically, I am a Republican, and you are a Democrat. You don’t believe in vaccinations, but I do. I believe in universal health care, but you disagree with my stance. You believe in stricter gun laws, and I don’t. That is fine, and we need to respect each other’s differing philosophies if we are going to make a positive change in this world.

About a year ago, I ran into an old patient of mine sitting in the VA hospital main lobby. He was wearing the red Make America Great Again hat. He wasn’t going around preaching about its message, but I saw that everyone was visibly judging him. Nasty and angry looks by those walking through the revolving front doors were thrown his way. Even a fellow veteran tried to snatch away his hat before an officer intervened.

His name was Michael (identifying information changed), and I knew him from a few days earlier as he had come in for congestive heart failure exacerbation.

“Hey there Michael! Good to see you up and about.”

“Oh hey! I remember you from the team. You like my new hat?”

“I’ve seen the hat around every so often. You support the president?”

“I will always respect the office of the president.”

I bid Michael safe travels as his son came to the lobby to take him home. Did I give Michael a satisfactory answer? I think so. Had I chosen to give an answer that involved me saying I did or did not support the president, I knew my words would stir up emotions and potentially create a public situation. Conflict was avoided and we continued with our days.

Is it ever safe to make assumptions about people based on appearance? I will answer that question.

Every person we meet in our lives holds a unique set of personal, political, and religious views. As human beings, we often by default react before thinking and taking in the data that’s visible to our eyes.

In a setting where health professional students, physicians, PAs, nurses, and pharmacists meet several patients every day of the week, we must be aware of our emotions and impulses before interacting with patients. Patients that very well could differ from us in one, or every, philosophical regard.

If doctors choose not to be consciously aware of their biases and assumptions of patients, allowing these feelings to fester and ultimately guide and influence interactions with patients will lead to a breakdown of the patient-physician relationship. Or perhaps there wasn’t a relationship to begin with. How then can a patient get the best medical care possible?

No one is a winner, and the patient is the loser. This is wrong in every aspect.

Skipping over self-awareness is as easy as stepping over a line drawn in the sand. As people, if we all took mere seconds to think before we speak, the issue of giving someone respect would become a non-issue. We will always respect each other because we actively practice self-awareness.

I think Wikipedia describes it best: “Self-awareness is the capacity for introspection and the ability to recognize oneself as an individual separate from the environment and other individuals.”

A key tip for premedical students: Ask for help 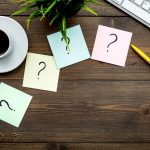 The commodification of health care is destroying the doctor-patient relationship 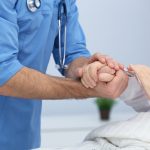