I’ve had lots of practice comforting people. I’ve had to tell patients that their cancer is back in a busy emergency department. I’ve updated family members of patients who are being kept alive by machines in the intensive care unit. I’ve walked alongside patients as they get rolled into an operating room, and crouched down by a patient’s bed as they writhe in pain. There have been moments of fear, grief, sadness, and agony. Although the context is always unique, the messages are inevitably similar: I’m sorry that this is happening. We’re going to do everything we can to make this better.

In almost all scenarios, we have a powerful tool on our side in our effort to bring comfort: hope. Hope isn’t about promising a miracle, such as expecting a cure; it’s about having a goal that we, as caretakers, will do something that will make the situation better. Once the heart surgery is done and you recover, we expect that you’ll be able to walk several blocks further. We don’t know why you’re in so much pain yet, but we’re going to do whatever we can to figure out what’s happening. We think your mother is dying, but we are so glad that you can be with her right now, and we will make sure that she is as comfortable as possible.

All of the above is to say that the routine felt very familiar one morning, when I met a patient in the emergency department who had passed some blood in his stools the day before. He was elderly and lived alone, far away from his family, but had proudly held on to his independence. He was pleasant and unafraid, perhaps just mildly annoyed at the inconvenience of having to come to the hospital. Yes, this is something to be concerned about, but we will admit you to the hospital and keep a very close eye on you to make that things don’t get worse.

Then, things got worse. When I showed up the next morning, the night intern told me that our patient had a heart attack. Because he had already been bleeding, there was no way that the cardiologists could do any kind of procedure, which would have carried a high risk of blood loss. Besides, he had a pre-existing heart problem that made him particularly vulnerable. In short, we were stuck; his heart was failing.

I went to see him a few minutes later. He was awake, alert, still very lucid. He recognized me from the day before. I asked him how he was feeling.

He looked me straight in the eye, and he said: “I feel like I’m going to die.”

I knew he was right. A feeling of impending doom is an ominous sign, and something that most patients are right about. I honestly don’t remember what my words to him were. I only remember my mind racing, reaching desperately to grab onto any reason for hope — and coming up empty. Try as I might, I could not find words of hope that were genuine and unforced.

He passed away, alone, several hours later. At the end, he was restful and free of pain; it was the best that we could offer. His memory has stayed closely with me, serving as a stark reminder of our limitations as doctors, and of my limitations as a comforter. I have learned never to take the hope that we can offer to most of our patients for granted. And for that, I am grateful. 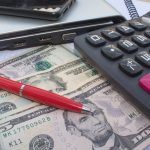 Childhood obesity is a grave threat to our nation's health 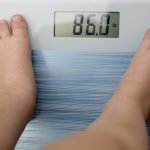 What do you say to somebody who knows that they are about to die?
1 comments