Every doctor and doctor-in-training has a particular thing that drew them toward a career in medicine. Whether it is an interest in science, a passion for service and helping others, a family role model, or a combination of the above, there are many ways to spark interest in the field. From my own experiences and conversations, I’ve found that finding inspiration to enter a career in medicine is rarely a problem. The challenge, rather, is reconciling that inspiration with the reality of taking care of patients.

For me, one of the things that pulled me toward medicine was my study of neuroscience in college. I loved neuroscience because of how personal it felt: it placed a scientific lens on aspects of behavior that I had been living with my entire life. In the old days, our knowledge of neuroscience came almost entirely from studying people with diseases or injuries of the brain. There were so many fascinating stories: for example, I remember reading about a man who was literally living 20 years in the past because he had severe anterograde amnesia and was completely unable to form new memories. The curiosity about those stories was part of what encouraged me to continue into neurology as a career.

In medical school, seeing patients with the diseases that I had read about was indeed an incredible experience academically, but it was difficult emotionally. The disease was no longer represented by a nameless and faceless being, where it was easy to focus on the science.

Having a real person in the hospital bed made it personal. I met people with amnesia, and instead of the science, I saw only that their human essence had been stolen from them, and that they had been stolen from their families, ideas that I had never been forced to reckon with as a college student in a classroom. In the hospital, it was not the gaining of knowledge, but rather the loss of livelihood, that dominated the faces of chronic illness.

This tension between our learning and the illness of others can be a strained and uncomfortable one at times. We need to see a great deal of sickness and disease for our own learning, but we also hate to see people suffer through illness. We are taught to think of “high volume” as a good thing, because it usually translates into more experience for us. To be honest, however, there are days when we wish for the lowest of volumes –we would rather that nobody in the city, or even in the world, were suffering, even knowing that we would miss out on our training.

Many of us, doctors or not, go through a similar reckoning at some point in life, as we move from the abstract to the concrete and are forced to match our dreams with reality. In medicine, it feels particularly acute, given that we deal with matters of life and death, and problems that get at the very heart of the human condition. During that process, a little bit of the fun is lost; but in the end, it also makes us stronger as people and as physicians. Not only can I maintain an excitement for learning while also having empathy for a patient’s condition, but the empathy actually drives the quest for knowledge, leaving behind a more motivated and resilient physician.

Despite the talk about team-based care, physicians today are isolated 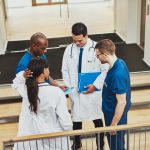 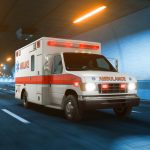