The specter of the psych ward looms large in popular culture: video games, horror movies, novels — the concept of a locked inpatient psychiatric ward is shorthand for a variety of terrors. This perception is driven by a complex cocktail of factors. Psych ward patients have struggled with historical and current abuses, which are compounded by misunderstanding and ignorance around mental illness.

During third year, I spent a six-week rotation in a busy, major metropolitan locked ward. Medical students tell each other weak jokes to make it through these rotations. We talk about how fine the line is between being a provider and being a patient. It is, unfortunately, unsettlingly true. Studies have demonstrated a robust correlation between the medical training process and developing depression. Burnout has been the topic of hundreds of articles, but we have yet to develop a truly effective strategy for preventing it.

So we interview our patients in their individual or paired rooms or in the assorted handful of other rooms available in the fish tank atmosphere of the ward. It’s rare not to have a line of sight to the hallway, and for good reason. My first patient had active homicidal ideation and had been hospitalized after an attempted murder. The patients we meet in the psych ward are, almost by definition, challenging. It is easy to see that challenge as a referendum on our skill as providers. As medical students, we aren’t doctors yet, but we’re still hungry to do something — to help.

And helping can feel all but impossible in that environment. We can’t provide the kind of in-depth, evidence-based counseling that psychologists can. As medical students, we have neither the time nor the skills. At best, we can listen, empathize and attempt to offer human connection. We try to note symptoms related to medication changes and bring those back to our teams. Even the best attendings are deeply limited in what they can do. (And not all attendings are the best.) Multiple disorders that react wildly differently to medications can present with very similar clinical pictures. Medication adjustments are risky and take time. The benefits may not show for days or weeks. In the meantime, there’s tremendous pressure to get the patients out the door to open up a bed for the next desperately ill patient.

That’s the crux of it: There are always more patients, never enough beds. A “good” inpatient story is someone who comes in with a relatively new issue that can be treated effectively with medication. A young person with a new manic episode, for instance, can typically be stabilized and safely discharged — hopefully to home. (Hopefully, they still have a home. Sometimes patients in the throes of an episode of mania, psychosis or both may do things that leave roommates or family members unwilling to take them back. Or they may have lost a job and been unable to pay rent.)

But there are far more “bad” inpatient stories. Chronic disorders that haven’t responded to medication in patients who struggle with homelessness and addiction. What do we do for those patients? What can we do for them? Patients who come in deeply ill or “gravely disabled,” unable to care for themselves, then they become “placement problems” — there is nowhere to send them but the street, and we don’t want to discharge to the street. At the very least, patients should know about and plan to use a shelter. Patients who will likely never be well enough to live independently sit on the ward for months while we attempt to find somewhere that will take them. Social workers scramble to make the best of bad situations. This patient smokes — that cuts out many of the adult family homes that might have taken them. This patient’s violent history means that they’ll need to go to the state facility, but the waiting list for that is weeks to months long.

In the midst of this, what are medical students learning?

We are learning that our society does not value the lives of the mentally ill. Not enough to provide preventative health care, so that patients who are depressed can receive counseling and medication sooner. Not enough to make learning about mental health mandatory in K-12 education, so that people can recognize symptoms in themselves and those around them, and seek help before a crisis point. Not enough to address the very real stigma around mental illness, so that people feel free to seek help without worrying what that will mean for their lives.

We see attendings who are keenly aware of these issues, but whose schedules and lives don’t permit advocacy or those who have burned out to the point where they’re just churning through the endless stream of patients. We learn that modern medicine does not value the ability of physicians to advocate for their mentally ill patients.

The biggest lesson I learned — between the ward, and the psychiatric emergency department where I spent occasional blocks of time — is that mental health care is chronically underfunded, everyone who works in it knows that, and society clings to outdated ideas of what mental illness is and what its treatment should entail.

I eventually developed a good rapport with my homicidal patient. It’s heartwarming, but not the moral of the story. Those individual moments of caring and connection matter, but they are not the major takeaway medical students get from the locked ward, and they are not enough. The system has to change if we want to treat mentally ill people like human beings who matter.

Our enemy isn’t evil, shadowy, movie villain psychiatrists or criminally dangerous patients. It’s a web of societal attitudes, politicians who channel funding elsewhere, and the workload of underpaid, burned out providers and staff at every level. We can change this. We need to, and we have to work together to do it. 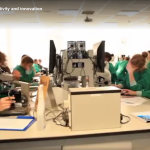 Medical students: It is OK to not feel OK 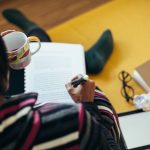 Lessons from the psychiatric ward
3 comments