The release of new Star Wars movies has inspired extensive peer-reviewed commentary from economics to medicine, including the use of movies’ characters as examples for psychopathology teaching. But its true value as a primer for medical education may have been overlooked.   Just a few of the many parallels include:

Simulation.  Aboard the Millennium Falcon, Luke Skywalker practices his lightsaber fencing using a floating target that fights back.  Similarly, the authenticity, practice, and feedback of simulation based medical education (SBME) have been shown to be superior to traditional formats in achieving specific clinical skill acquisition goals.  There is no patient present to harm, and both high- and low- (inexpensive) fidelity simulation can be effective.

Faculty role in the “Alliance.”   Much like the movies’ Jedi in the rebel alliance, core medical education faculty are protagonists that value knowledge and wisdom and serve others.  Their feedback is essential in this age of milestones and entrustable professional activities, but can often fall short due to time pressures.  One review recommends a teacher-learner alliance, much like the physician-patient therapeutic alliance, and both require credibility.  This comes from having a true teacher-learner relationship with alignment of values, understanding of the learner’s role and goals, direct observation of the learner, and the learner perceiving the teacher as having good intentions.   First appearing in episode V, Yoda is physically small and modest, making him approachable to learners despite his over 800 years of teaching experience. Such modulation of one’s psychological size (perceived status) and psychological distance (connectedness) can contribute to effective and satisfying teaching.

Work hours. Dark vs. Light sides.  ACGME resident work hour rules proposed in 2010 have been seen as both a force for good, sparing patients from sleep deprivation fueled medical errors and enhancing resident quality of life and time for learning, and as an evil empire, imposing a shift-work mentality, depriving learners of experiences, and adding to dangerous patient care handoffs.  The ICOMPARE (internal medicine) and FIRST (general surgery) trials have been used to justify the option of more “flexible” hours that began this past July.  But their main impact may be bringing to light resident dissatisfaction in general, opening a candid conversation about improving the clinical learning environment — and the next chapter in our medical education storyline.

William F. Kelly is a physician and can be reached on Twitter @williamkellymd.

When a physician gets yelled at 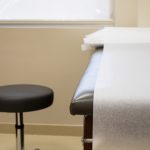 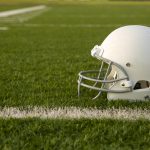