It’s 3 a.m., and I wake with a jolt. My heart is pounding out of my chest. I stumble out of bed to take a beta blocker hoping it’s enough to quiet my heart so I can doze off again. I sleep fitfully the next three hours, experiencing weird dreams and terrifying nightmares.

At 6 a.m., I take my Valium. Nauseated, I lie in bed for 30 minutes, so I keep down my pill. I must get my six-year-old daughter ready for school. Between my confusion and the stress of all the little steps it takes to get out the door in the morning, I am brought to tears. These simple tasks were no big deal before my illness. I left my job as a cardiologist to care for my daughter shortly after her birth, but now caring for her is a struggle. I can feel my blood boiling with rage as I glance at the clock and realize we are running late. I have no patience or tolerance for stress these days. Somehow we leave on time, and I make the eight-minute drive, focusing with every last brain cell to get us safely to school.

Today, I have volunteered to paint pumpkins for a school fundraiser. The pumpkins are heavy and difficult to maneuver as my muscles are weak. My once steady and capable hands shake as I attempt to paint detail work on the pumpkins. I last for a few hours then hobble stiffly to my car, my back muscles locked in spasm. I choke down lunch and lie down for a few hours due to crushing fatigue. A babysitter comes in the afternoons to help with school pick-up as I feel unsafe to drive later in the day. Around three p.m., my blood sugar begins to drop, and I must eat to stave off the impending panic attack. Somehow I manage to get leftovers on the table for dinner. After that, my energy is spent, and I lie on the couch most of the evening. These days nothing gets done well. I am simply in survival mode.

Two years ago, I developed an extremely painful case of dry eye syndrome. My doctor prescribed Xanax to help with the ensuing insomnia. I knew benzodiazepines could cause “addiction” but thought I would be safe at a “low dose.” After a few weeks, I developed a tremor and anxiety during the day. I thought I was going crazy. Soon I was dosing Xanax three to four times a day just to stave off the symptoms. My dose lasted only a few hours; then I gasped for air waiting for my next dose.

At night, I slept for three hours then woke in a panic with my heart racing. I researched my symptoms online and discovered the horrible truth. I had developed a dependence to Xanax. I tried tapering, but the symptoms were too strong. Doctors were unhelpful. My primary care doctor said a few weeks was not long enough to become dependent. Out of desperation, I walked into a mental health ward and was seen by a psychiatrist. She treated me like an addict, told me to stop taking Xanax, and handed me a prescription for three new psychiatric drugs.

In my readings online, I discovered an Internet forum with tens of thousands of patients worldwide suffering from benzodiazepine withdrawal. I learned I was not alone. I found the Ashton manual, work of Professor Heather Ashton, who ran a benzodiazepine withdrawal clinic in the U.K. in the 1980s. Her tapering protocols advise a symptom-based taper, switching to Valium due to its long half-life and ability to make small dosage reductions. I took the manual to a highly recommended local psychiatrist. Although he had never heard of it, he confirmed my assessment of Xanax dependence and that I should change to a long-acting benzo to taper. I started Valium 15 mg daily and have been tapering for about 18 months. I am currently down to 5 mg. I suffer multiple withdrawal symptoms that impair my life on a daily basis. Suffice to say, my body is a continuous mental and physical torture chamber. This is the worst thing I’ve experienced in my life, and I’ve been through major orthopedic surgeries, double mastectomy for breast cancer, infertility and the sudden death of my father. Benzo withdrawal has been said to be worse than heroin withdrawal, and I have no difficulty believing it.

During my journey, I have met many people who desire to taper their benzodiazepine. They are not addicts. Like me, they took their medication as prescribed. They are doctors, nurses, lawyers, engineers, and students with promising futures. Many are unable to work as they are so disabled from the withdrawal, which can last years. I have made many friends on the support forums. My best friend adopted me almost instantly when I first wandered onto the forum in bad shape. He helped me with my taper and acceptance of the process. I recently lost a friend from the forum who suffered from ovarian cancer and benzo withdrawal. We bonded almost instantly, as we were both cancer survivors. Her short remission was ruined by her taper. When her cancer recurred, she refused further treatment as she could not stand to suffer with withdrawal any longer. She ended her life prematurely at Dignitas in Switzerland via physician-assisted death. Sadly, there have been a number of suicides in our support groups as people lose hope from the relentless symptoms of withdrawal. I must admit, I’ve wished for death quite often. My daughter is the only thing that keeps me going.

During this process, I met others advocating for benzodiazepine awareness. I am now a co-director at Benzodiazepine Information Coalition, a non-profit dedicated to spreading awareness about the dangers of benzodiazepines. I have found that the medical community is under-educated about safe prescribing practices, recognizing symptoms of dependence and tolerance, and safely tapering patients off these drugs. I was one of those under-educated doctors, in spite of being trained at highly regarded institutions. We simply weren’t taught how severe and debilitating this withdrawal syndrome could be. I now know more about benzodiazepines than I ever wished. Despite my illness, I am now working to spread awareness to other physicians and the general public about this under-recognized issue.

Christy Huff is a cardiologist and co-director, Benzodiazepine Information Coalition. 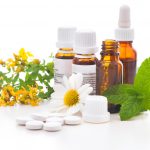 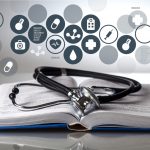 Take it from this physician: Beware the dangers of benzodiazepines
4 comments