It may be hard to believe, but there is a bigger problem than repealing or saving the Affordable Care Act. And that problem is: Why are we so sick to need it in the first place?

Health insurance has become the sine qua non for life in America. Without it, the Fates sever the thread of life with ease. For those escaping the scissors of death, you might be beleaguered with a lifetime of chronic diseases, like diabetes ravaging your vision or your sensation.

We yearn for health insurance because we will be sick if we aren’t already. There are more adults that are overweight or obese than those who are not. Being heavier than you should be is a thorny issue but not nearly as much as metastatic cancer or sudden cardiac death. The lifecycle of the average American now includes owning a home, raising children and, rather bleakly, attending a follow-up visit for cancer or heart disease.

For the average American male, the lifetime risk of cancer nears 40 percent but rises to 50 percent for heart disease. Women fare slightly better but not when it comes to high blood pressure — women edge out men with a lifetime risk approaching 90 percent.

Even if you thwart the aforementioned maladies, there are still others to worry about: erectile dysfunction, brain attacks, obstructive sleep apnea, diabetes mellitus, hyperlipidemia and other diagnoses galore. By nearly every measure of chronic disease, Americans today share the unique but woefully unfortunate status of being the unhealthiest population to have ever lived.

Never has there been a populace more dependent upon health care nor one that has spent more to get it. Despite all of our lavish medical expenses, America still ranks last among industrialized countries in health care. For a country whose president’s motto is “America First,” we are off course. If we are the first in anything in health care, it is the apoplectic cost of it.

American medicine comes at an economically crippling price: In absolute costs, health care, on average, costs more than $10,000 for every American, or 17.1 percent of the gross domestic products (GDP), which is more than any other country. The American health industry
is bigger than the total GDP of every other country except for Germany, Japan and China.

Every U.S. employer must now factor in these high-costs or run the risk of bankruptcy. The costs are so onerous that Warren Buffet, the investment oracle of Omaha, astutely warned earlier this year that exploding health care expenditures are impeding American competitiveness and growth. The cancer has metastasized to our bottom-line.

Enter President Donald Trump glowing on our flat-screens with his tepid placations that he has paradoxically found a way to fund a costlier health care system with less federal money. He has the undesirable job of mediating the Carnegies of capitalist America desiring to off-load the individual mandate against the realities of an ailing workforce who wouldn’t survive without health insurance. Given the impossible task, it is little wonder he has resorted to political chicanery and actuarial ruses to pass his bill.

The question for President Trump is not how to revise the health care bill, but why are we so sick in the first place — and what can be done about it?

For starters, 15 percent of Americans still smoke, a number that has been declining as of recently but is excessively high — 15 percent of the country is still nearly 50 million people. When it comes to diet, Americans eat anything other than a fruits or vegetables. According to a
study by the Center for Disease Control and Prevention, only 13.1 percent of Americans were meeting the minimum for daily fruit intake. Vegetables fared worse with only 8.9 percent, a paltry number that has been declining in recent years. Fruits, vegetables and other wholesome foods have been replaced by a generous serving of processed foods, which now account for 61 percent of our caloric intake.

Next, we have exercise, the purported panacea for all our dietary indiscretions, except so few of us do it. Less than 5 percent of all adults engage in 30 minutes of physical activity each day. Perhaps the most detrimental and incisive contributor of all is the mythology that our illnesses are all rooted in our genes; we are not the masters of our own fate. Except, we are.

At least 70 percent of chronic diseases are preventable, if not more, meaning that much of our health care costs are also preventable. The lifestyle diseases of modernity are not destiny. Fate is mutable. Heart disease is only familial if our dietary and exercise patterns are inherited. It is oft difficult to separate the two influences — nature and nurture — in science, but more so in our public conscience.

Good things happen to those who reverse their lifestyle trajectories. Heart disease can be undone with enough kale and yoga. Diabetes with enough fruits and vegetables. Even some cancers can regress under the right circumstances. Diets high in plants underline many of these interventions.

The growing evidence of healthy diets has prompted the American Medical Association and the American Heart Association to pass resolutions within the past few months imploring hospitals to start offering meals that are high in fruits, vegetables, grains and legumes. We, as a nation, would be better off if we could get Congress to pass similar legislation on a grander scale.

Although we’ve come to expect health insurance more than health, it might be time to reverse expectations. We unquestionably need health insurance, but we should not forget that we need health just as much, if not more. Asking President Trump how he plans to do that is a good place to start. The health of a nation depends on it. 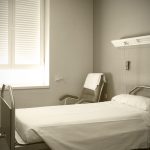 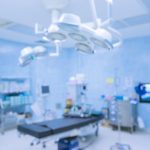