I was surprised when I felt my body stiffen as I became aware that an iPhone had just been fiercely thrown in my direction. “I’m calling security,” shouted a distant voice in the background.

“I want the 10 mg oxycodone pills! I am in 10/10 pain!” The patient shouted this to me as he abruptly got up, violently launched his phone in my direction and stomped toward the exit of the consult room.

Let’s rewind for a moment. This adolescent patient was already discharged from the hospital. I was called to the consult room to discuss the plan with his mom and to re-emphasize his pain management plan. Upon entering the room, I could tell that the parent was in distress. She looked utterly defeated. She asked me quietly if I could provide her son with the stronger dosage of medication. I calmly explained to her that we were following his documented pain plan, which clearly indicated that he should be prescribed seven 5 mg tabs of oxycodone to use as needed until seen by his pain management physician. I could see the tears forming in her eyes. I said I would speak to her son’s physician and return. I sensed that her son was growing more and more agitated by the second. I left the room and paged the pain management physician on call.

He promptly returned my page, and we had a lengthy discussion about the patient’s habit of selling drugs on the street, which is why his pain contract is binding and incredibly strict. He advised me to provide only the 5 mg tabs and explain to the patient and the parent that he would see them in the next 1 to 2 days at the pain clinic for further discussion. I thanked him for the explanation and for his time.

I returned to the consult room and told the patient that I was unable to provide higher mg tabs and that I was strictly following his pain contract. It was maybe a nanosecond later that I saw the iPhone heading straight toward my face and heard stomping out of the room. The mother glanced at me sadly, picked up the prescription, retrieved the shattered phone and slowly walked out of the room to find her son.

In this moment, I remembered a hematologist’s words to me. He told me that he was the “most fired” hematologist in all of Washington, DC because he refused to prescribe opioids to patients he knew did not need them. He instead brought to their attention factors that families often disliked acknowledging, such as co-existing anxiety or depression that often accompanies chronic pain.

It was during this moment that I realized I hated the pain scale.

“Doctor, I’m in 10/10 pain,” says a patient while he or she is sitting up in bed comfortably attached to his or her phone, sending messages or checking various forms of social media. “I can’t leave the hospital because my pain is 11/10,” says a patient while he or she devours the latest meal tray without any evidence of tachycardia or vital sign changes. And yet, we continue to ask, “what is your pain on a scale of 1 to 10” every four hours. We are feeding into the pain problem. We are disabling children by asking them to attach a numerical value to their pain. Instead, we should be asking, “What have you been able to do today?” Or perhaps, “How tolerable is the pain?” These questions would set more realistic expectations for patients and families. Chronic pain is challenging, but one of the most difficult parts of managing this is emphasizing that the pain will almost never fully go away.

Instead of allowing patients to lie in darkened rooms, we should encourage them to sit up and out of bed once their pain becomes manageable. Child life-specialists are incredibly useful in these scenarios and do a wonderful job providing techniques to distract patients from their pain. We should empower these patients to take control of the pain rather than allowing it to disable them. 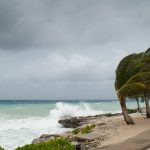 Anti-immigrant policies put people at risk during Harvey. And that's just the beginning. 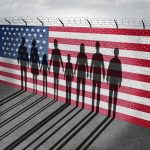