It was hour thirty, and I was still at the hospital. My shift had technically ended two hours ago, but I was emotionally invested in this patient She was dying. I didn’t want to leave because I was so worried that she would pass the moment I stepped out of the hospital. My colleagues urged me to go home and practice self-care, as if that was going to make everything better.

I had taken care of this patient since my intern year. I knew her and her family very well. I had connected with her very deeply. She had recently achieved a very optimistic milestone in her treatment and had even gone home for the holidays to spend time with her family. Her emergency admission to the pediatric intensive care unit (PICU) was unexpected, to say the least, as was her rapid deterioration. Despite our best efforts, she ultimately passed. After an additional few hours at the hospital sitting with the family briefly and then allowing them time to process what had happened, I returned to my empty apartment. I felt flooded exhaustion and great sadness. I lit a candle in her honor and said a prayer. I vowed that I would always remember her and her family, trying my best to find closure by whispering these words to myself.

I slept only a few hours before having to return to the hospital for another shift. Although we were supposed to discuss this tragic moment in the PICU, it seemed no one had one second to spare because the unit was completely full; there were just too many sick patients. We never discussed what had happened in those last moments or how it affected me as a trainee. We never debriefed her passing at all. I moved through my shifts feeling empty, forcing myself to focus on the sick patients at hand, never finding an appropriate time to completely process the recent loss.

During my third year of residency, I was working an emergency department shift when I heard the overhead alert system sounding. It was my duty to report to any trauma or codes that were called during this particular shift. I rushed into the code bay to hear the brief report, “5-day old female; CPR in progress.” I knew nothing outside of that other than I was the one to perform chest compressions. I dutifully stood at the bedside carrying out my task at hand when it became clear to me that this patient was no longer alive. I will never forget her mother’s screams.

We exited the area to give the family time to grieve. I found myself floating back to the computer area. I still had at least 8 hours remaining in my shift. A co-resident asked me if I was OK. It was in that moment that I realized I wasn’t. I called my mother from the hallway and sobbed. I cried for this family and for this tragedy and for the feeling of absolute hopelessness that overcame me when I realized nothing else could be done. Twenty minutes later and I returned to finish the rest of my shift.

I remember reading that some training programs were instituting a mandatory debriefing process for trainees after a tragedy occurred. At the time, I thought that it seemed like a good idea, but that probably not everyone would want to participate. I know that I would definitely participate if I had the option to do so. These debriefing sessions would undoubtedly have helped me process the feelings surrounding death. Instead, we are often forced to return to the demands of our current or next shifts with very little time to ponder the loss of a patient. Debriefing programs should be adopted to allow trainees to process death and to prevent physicians from becoming “numb” in the setting of loss. To maintain our emotional equilibrium, we must appropriately grieve patient losses, to strike a balance while maintaining connectedness in our practice.

Cherilyn Cecchini is a pediatrician.

It's time to teach the elderly about computer safety 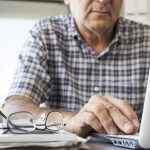 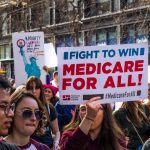 Time for grieving is a necessity for medical trainees
1 comments