In order to fully understand the issues surrounding opioid prescribing practices, it is important to review a brief history of how these drugs came to market.

Opium was the first opioid, derived from the sap of opium poppies whose growth and cultivation dates back to 3,400 BC. In the 18th century, physicians in the U.S. used opium for multiple ailments. Towards the end of the 18th century, the addictive qualities of opium became apparent as well as the need for an alternative to opium.

In 1805, morphine and codeine were isolated from opium, and morphine was subsequently touted as a cure for opium addiction. Morphine’s use increased in popularity as it has about ten times more euphoric effects than the equivalent amount of opium. As with opium, morphine’s addictive nature became obvious as well as the need for continued research for alternative medications. Are you starting to see a pattern yet?

Heroin was first synthesized from morphine in 1874 and then made commercially available in 1898 by the Bayer Pharmaceutical Company. Considered a miracle drug, it was used to treat headaches, colds, and other common ailments. Heroin, ironically, was given to active morphine and codeine addicts as an alternative to — and as a solution for — their addiction. The unrestricted distribution of heroin led to an astronomical number of addicts and a resulting rising crime rate. As legal and mental health concerns began to grow throughout the United States, authorities took note and ultimately banned its manufacture and distribution in 1924, just three decades after its introduction.

Since heroin, the “miracle drug,” was no longer a medical option, physicians reverted to prescribing morphine and codeine for pain and other conditions. Pharmaceutical companies went to work and developed other synthetic opioids as potent and addictive as heroin. Some of the synthetic drugs created were OxyContin, Vicodin, and Percocet. Over the last ten years, prescriptions for these medications has tripled. In a country of 311 million people, there were 219 million opioid prescriptions written in 2011 alone. Just because heroin was banned does not mean that the currently available opioids are any less addictive or potent. On the contrary, the potency of synthetic opioids has increased dramatically. We are now learning through pharmacogenetics that some individuals are genetically predisposed to opioid addiction just as they are with alcohol. It may not be cost-effective to screen everyone for this addictive potential; however, patients should be warned of the mental, physical and potentially life-changing consequences of taking opioids.

Studies report a wide range in the percentage of patients who become dependent on prescription opioids. Findings appear to vary based on how use is monitored, the condition requiring the prescription, the specific form of opioid and the prescribed dosage. In some cases, the rate of addiction has been reported as high as 30 percent. Four out of five new heroin users started out misusing prescription painkillers. As a consequence, the rate of heroin overdose deaths nearly quadrupled from 2000 to 2014. Fifty years ago, the typical heroin addict was a poor teenage boy in the inner city. Now 75 percent of the almost 3 million opioid addicts are middle class, young suburban twenty-somethings and middle-aged individuals who started with legally prescribed opioids, became addicted and then turned to heroin as a cheaper alternative.

So how do we begin to address these opioid prescribing issues?

Lastly, let us all remember when the pen hits the prescription pad to write for an opioid, that heroin is an opioid too. 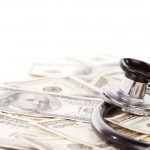 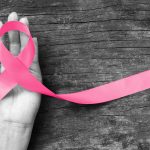 Why do we keep prescribing heroin for our patients?
6 comments