The younger you are when you are exposed to opioids, the higher the likelihood of addiction later in life. The prefrontal cortex is not fully formed until the age of 25. This means that alterations in the “feel-good” neurotransmitters, specifically dopamine (released by opioids), can have an effect that predisposes the person towards future opioid use.

Because teenagers have an overactive impulse to seek pleasure and less ability to consider the consequences, they are especially vulnerable to the temptations of drugs/alcohol. Moreover, because the internal reward systems are still being developed, a teen’s ability to bounce back to normalcy after using drugs — even those prescribed for acute pain — may be compromised due to the way in which the drugs affect the brain. Another confounding factor in today’s teenage world is the effects of social isolation due to technology, which increases the “feel-good” power of dopamine release as a result of opioid exposure.

It is therefore paramount that we avoid the use of opioids or drastically restrict their use in this population. As an aside, I am not advocating the use of opioids in other age ranges, but trying to bring to the forefront a patient class that as minors usually have a parental figure involved in the decision making process.

What are some ways to address this issue?

As clinicians, we have had poor education in the area of acute pain management, especially when it comes to the use of opioids. Clinicians are routinely told that opioids should be used as the foundation of pain management, a false mantra pushed by pharmaceutical propaganda and uneducated medical societies. You don’t need to look far to see the devastating effects this practice has caused. So be smart, get educated and above all, protect our teenagers — a vulnerable class and our future.

It wasn't depression that led this physician to suicidal ideation 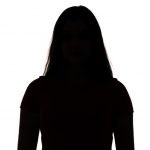 Can humanism save medicine? 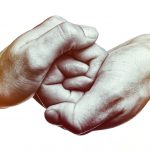 Are teenagers more vulnerable to the effects of opioids?
1 comments