Some drugs are used for indications beyond their original FDA approved ones that make complete sense. I mean, if old seizure medications help nerve pain, it might be reasonable to try new ones for the same purpose if everything else fails.

Sometimes the broader use of a medication leads to additional FDA approved indications. One good example is bupropion, Wellbutrin, for smoking cessation. It even got a new name for that indication, Zyban, presumably to remove the stigma of taking an antidepressant.

The story behind Viagra is interesting.

Sildenafil, eventually marketed as Revatio, at 20 mg three times daily, was studied for angina and hypertension. At the end of the trial, many male patients refused to return their unused medication. Researchers asked why in the world these middle-aged men wanted to keep their leftover experimental heart medication. The rest is history.

Sildenafil had little effect on heart disease, did work for pulmonary hypertension, and wasn’t a major blockbuster as a drug for that indication. But it certainly was when two years later, in 1998, it was re-marketed under the name Viagra, (a wordplay on virility and Niagara, I am told).

Now, even shortly after Viagra went generic, the 25, 50 and 100 mg tablets are quite expensive. But the generic version of Revatio, same compound in a 20 mg dose, costs about $1 per pill. Two or three of them on a PRN basis is the same, right? No, actually not. The 20 mg pill strength has only been approved for pulmonary hypertension. So at the moment, this may very well be one of the more prevalent forms of off-label prescribing in the U.S.

Today, beyond the FDA approved indications of pulmonary hypertension and erectile dysfunction, sildenafil is used off-label for Raynaud’s phenomenon, female sexual arousal disorder and, non-prescribed, for athletic performance enhancement (placebo or not?)

Any FDA approved medication can be prescribed for other indications. Sometimes insurance companies and pharmacy benefit managers (PBMs) save money by only paying for “approved” use of expensive drugs.

Some “unapproved” drugs from my tool bag are:

Cyproheptadine is an antihistamine with anticholinergic and antiserotonergic properties. I have used this very successfully to treat SSRI induced delayed ejaculation. I have also tried it many years ago, based on the literature, for migraine prevention and cyclic vomiting syndrome with dubious efficacy. Reading up on it today, I also see that it has been used off-label for psychogenic itch and drug-induced akathisia and hyperhidrosis. It is also used as an appetite stimulant.

Doxepin is an antidepressant with anticholinergic properties. I use it occasionally as a sleep aid and for chronic urticaria, because the modern nonsedating antihistamines are less effective for itching. It is the anticholinergic effect that relieves itching, and the more famous diphenhydramine (Benadryl) is too short acting to be very practical for chronic itching.

Misoprostol is one of the few medications that can help tinnitus. The use of benzodiazepines for this condition, which is what I was thought in medical school, has largely fallen out of fashion. Misoprostol is only approved as a stomach protectant for people who take NSAIDs like ibuprofen, and to induce abortions, start labor or control postpartum hemorrhage. Why it sometimes works for tinnitus is a mystery to me.

Off-label use of a whole host of medications is so common that we almost forget that the FDA hasn’t caught up yet, but of course, the FDA will only “approve” an indication after it has been presented with sufficient evidence (at great cost to somebody). Who will do testing on old, generic and inexpensive drugs if there is no money to be made from the new indication?

Very rarely does a drug company bring evidence to the FDA about the safety and efficacy of an old drug. This happened some years ago with the ancient drug colchicine for gout. One manufacturer produced the required evidence and got a patent, and the new brand name Colcrys. Now that patent has expired and, ironically, now there is another indication, still off-label, we all use: It is very effective for painful pericarditis. But who will spend the money to get it “approved”?

Medicine is an art, and use of medications is one of the expressions of this. There are two ways of looking at off-label prescribing. You can be rigidly against it and deprive your patients of perhaps their only chance of relief from their suffering, or you can read the literature, remember your pharmacology and weigh the risks and benefits with your patient and make a shared, informed treatment choice.

The conundrum of dual physician households 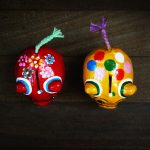 Why is the toilet seat the gold standard for germs? 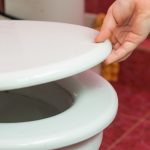