He was approximately 75 pounds and appeared to be wasting away. Although he was only 43 years old, he had end-stage AIDS. Even in this cachectic state, he continued to refuse to eat the hospital food because he didn’t like it. After speaking at length with him, he said that he only wanted porridge with meat or “fat cakes,” both of which we did not serve in the hospital. He was told that his family was allowed to bring food to him in the hospital, yet day after day, the family was nowhere in sight, so he continued to starve. As a physician, how could I help this chronically ill man with the tools of modern medicine in a foreign country?

For those of us, health care workers, who are involved in global health, it can be difficult to find your role when working in another country. Where do you insert yourself in a foreign medical system without causing more harm than good? If we only spend a short period of time, such as a month in a country, will there be someone with the same skill set to take our place when we leave? If we bring antibiotics and medications to a community, what happens when they run out? If we screen and diagnose medical problems, will there be enough resources to actually treat the patient? Are we leaving the community or hospital a better place than when we came?

All of these questions travel through my mind each time I work abroad. According to the WHO, by 2035, there will be a shortage of 12.9 million health care workers. So there’s no doubt that developing countries need more physicians and other health care workers. However, this dilemma cannot always be solved by training the personnel within the country. If you force individuals to pursue medicine as a career, will they be passionate about being a health care worker and have the necessary motivation to take care of patients? And, then, if foreign physicians are still required, we continue to face the same issues. While I am working in a country, I want to make an impact and meet the community’s needs while simultaneously being culturally competent, which can be difficult when only in the country for a short period of time.

I have worked in Mexico, Peru, India, and Botswana, both working within a hospital and in self-run clinics. In my most recent experience, I worked in an inpatient setting supervising trainees who obtained their medical training in various countries as well as helping to create curriculum for their intern year. The goal was to create a sustainable system that functioned equally well even after we, as providers, left the country. This would avoid the much-too-common problem of only providing short-term assistance as we aimed to leave a long-lasting impact. However, we learned that the skills we already possessed weren’t always applicable in another country.

That day, I felt truly helpless in treating my patient’s malnutrition. Even with all of the medications given to treat his opportunistic infections, he would not improve without proper nutrition. What the patient wanted was a “fat cake,” which is similar to a donut. While not healthy at all, it was better than the patient not eating anything at all. Day after day, I bought him a “fat cake” from a local vendor outside the hospital and watched with joy while he indulged each morning. Sometimes, we struggle with finding our role as physicians in an unfamiliar medical environment. I have had the opportunity to see how different health care systems work and how cultures define “health,” which can be dramatically different even in the same region. Some of the tools we’ve learned in our training can be applied, and some cannot. Not only is the epidemiology of disease different, but the workplace culture, resources, distribution of knowledge, and overall values of the community as well. We need to be adaptable and find where we can perform the greatest good while causing the least amount of harm for our patients as well as the local health care workers. For me, it is still an ongoing process. 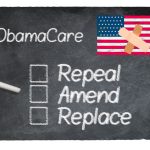 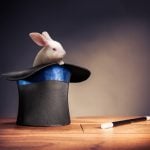 More by Farrell Tobolowsky, DO