It was late afternoon. The woman who had seen my colleague, Dr. Wilford Brown, a few days earlier was sitting in my exam room. Her chart note read like a typical unnameable virus: headache, body aches, fatigue, low grade fever. She had always seemed like a level-headed resolute woman, but she had called three days in a row for medical advice because she felt so poorly. And it all sounded like a simple virus that a few more days of rest would take care of.

She did have a good sized boil in the middle of her back, but that wouldn’t make her feel that sick. The rest of her exam was perfectly normal.

“Let’s check your blood count to see if this looks viral,” I suggested.

I moved on to the next patient. A few minutes later I was handed a printout of her CBC. Her white blood cell count was 1.88, almost critically low and without the “right shift” that often accompanies a low WBC in certain viral illnesses. Her platelet count was 68, not far above where spontaneous bleeding might occur.

“I need to send you to the hospital for more testing. I don’t know what’s going on. It could still be a virus, but you need to be checked for blood poisoning,” I explained.

She felt well enough to drive herself to Cityside. For a split second, I agonized about that decision. If she was going septic, could she suddenly drop her blood pressure on the way? But I agreed to have her drive.

I called the ER and spoke wih one of their regulars about her case.

“OK, we’ll be looking for her,” the seasoned but still young physician answered after my thumbnail description of her.

Fifteen minutes later I got another printout. Her ALP, ALT, and AST were all about three times the upper normal limit. What would cause that kind of liver irritation, I thought to myself.

“Fax it to Cityside ER,” I told Autumn, and I called back and left a message for Dr. Waterman about the new information.

I told Dr. Kim about her and, without hesitation, he said, “I’ll bet she has anaplasmosis.”

I’ve seen plenty of Lyme disease. I grew up with ticks in the country where erythema chronicum migrans was first described. But I hadn’t had any experience with anaplasmosis, another tick-borne disease, also treatable with doxycycline. I had thought of that as a near tropical disease.

I checked UptoDate and a few other sources, and certainly all the symptoms matched, as well as the low white count and platelets and the elevated liver enzymes. A rash can occur but not usually. The description “summer flu” stuck in my mind from my brief reading.

The next morning I got the admission history and physical. The hospitalists at Cityside suspected a tick-borne illness but worked my patient up for sepsis to be safe.

Two hours later, Monica, our new nurse practitioner, asked me to look at a rash. The patient was a woman in her late sixties. The rash consisted of several blanching maculae, each measuring 4 to 5 inches. None of them were itchy. She was feeling fairly well, but when I asked her about recent illnesses, she said she had been to the ER at Mountain View Hospital the week before with a headache, fever and body aches.

Monica got called away for a telephone call. I sat down by the computer and pulled up the woman’s ER report. The labs they had done showed a low white count, a low platelet count and liver enzymes twice the normal limit. I printed up the report.

“I know what this is,” I said to Monica when she came back, and handed her the ER note. “It looks like a tick-borne illness, possibly anaplasmosis. Why don’t you get a tick panel and put her on doxycycline.” 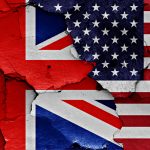 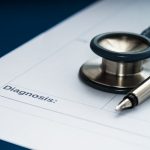