I had just taken my final anatomy exam and finished a long two-month ordeal dissecting through and memorizing every component of the human body. At the beginning of the course, I had been excited, energized, honored to commence such a foundational experience in medical training. By the end, I was exhausted, wanting nothing more than just to sleep.

The very next day, we began physiology with two weeks of cardiology separating us and the winter holidays. I woke up Saturday morning, as I almost always did, preparing myself for a full day at the library studying. I’d watch the lecture, review the ebook, take notes, make flashcards and memorize flashcards, an ordeal I had once taken pride in formulating the habit of doing. Now it just felt routine. In the afternoon, I packed up my books and prepared my drive to New Brunswick to attend our winter formal.

Just a few minutes into my drive, I made a right turn and my car suddenly lost control. It had been snowing the entire day. I came to realize that this road was covered in ice. My car hit one curb, ricocheted and went over another curb. I stared down my line of sight and saw before me trees within a ditch. I braced for the worst, but before I knew it, my car stopped its trajectory down towards certain damage. I had run through a bush, and its branches had caught my right wheels, possibly damaging my vehicle but also possibly saving my life.

As I sat in my car, bewildered at what has just happened, a man with a show shovel began walking towards me. He lived down the hill and had seen my accident. When I looked down the hill, where my car would have been had I not hit this bush, I saw his young children and wife playing in the snow. Would I have hit them? Before my conscience could more seriously wrestle with this tormenting thought, the man asked me if I was OK and began shoveling the snow beneath my tires. We worked together to clear as many branches as we could, but alas the car was still stuck. I called 911 and waited for the police to come.

While we waited for the police to come, the man never stopped trying to clear the branches stuck between my tires. Despite the wind and the cold, despite the time he could be spent playing with his children and wife during the first snow of the year, here was this human being, who had interrupted everything to jump into foray of danger to help a mere stranger get his car out of the snow. For him, the task of helping me was the most pressing thing on his mind. In my moments of fear, his presence had helped me feel calm, helped me feel safe. What motivated such compassion?

The police came, and the toll-truck would eventually come, too. They asked the man to leave because he wasn’t part of the accident. I never got his name. But before he walked away, I looked at him one more time. Our eyes made contact, and at that moment I felt a feeling that had escaped me throughout my preclinical medical training thus far. Here was a fellow human being, with a kindness that I was the direct beneficiary of, a goodness that I could only conceptualize. I was happy to be alive, grateful to have shared this space with someone who had taught me more about strength and moral resolve than any molecular pathway, a greater understanding of what’s meaningful than any arterial landmark. I looked up again, and he was gone.

My car would be towed, my insurance rates would surely see a spike, and I would miss my winter formal. And yet, the snow that had seemed so frigid just moments ago, now suddenly seemed light and blissful, playing in the joyful wind. 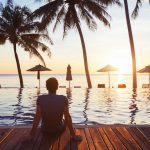 13 things every doctor wants their patients to know 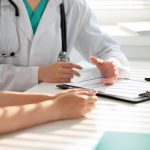