A patient comes into the ER complaining about throbbing migraines after falling off her bicycle; thus, the physician quickly orders an X-ray, complete blood count, and asks the nurse to schedule the patient for an MRI of the head and neck in case both those tests come back inconclusive. As an ER scribe, I saw many conditions where the physician would quickly do a physical exam, and then use a myriad of technology to appropriately diagnose the patient. Although it is commonplace for modern physicians to use technology, we often take for granted that many of these technological advancements have only been in use for less than 100 years.

For example, X-Rays were discovered in 1895 and were not implemented in diagnostic medicine until much later. The first clinical computed tomography (CT) scans occurred on October 1, 1971. Magnetic resonance imaging (MRI) was first performed on a patient on July 3, 1977. Since physicians have been informally taking the Hippocratic Oath for over a thousand years and because formal medical degrees have been granted since 1200 A.D., I find it astounding that doctors have solely been relying on the physical examination and experience to diagnose and cure ill patients for hundreds, if not thousands of years.

Even though most medical students will have the advantages of practicing modern medicine, I think we should all take a step back and recognize the importance of the physical exam in the history of medicine and give it the respect that it deserves. Granted, the practice of medicine was not always as accurate as it is now because of diagnostic imaging and testing, but before you rush off to order the plethora of exams, try to spend an extra few minutes with the patient to address her or his concerns, you may just learn something that the machines cannot pick up. Although modern insurance quotas may constrain the time you have with the patient, remember that medicine was regarded as an art to be practiced with the patient at the focus.

While I am advocating that future physicians should pay homage to the detailed physical exam, technology definitely has earned its intimate connection to modern medicine. Without all these diagnostic tools, we probably wouldn’t be able to save hundreds of thousands of lives. Furthermore, we should fully embrace the power of modern medicine and look forward to the great advancements that are proposed to come.

Virtual reality is an upcoming advancement in medical education that is extremely exciting for future doctors and patients as well. In April of 2016, Dr. Ahmed performed an operation that removed cancerous tissue from the bowel of his patient while using a virtual reality camera.  During the operation, medical students, family members, or any interested individuals could have participated in viewing the surgery real time because of two 360-degree cameras placed in the operating room. Moreover, Dr. Ahmed says that in the future the surgeons may be able to add graphics to the raw footage to add more relevant information for the viewers, and in three to five years companies may develop haptic devices (virtual gloves or bodysuits) that can help the viewer feel what the surgeon is touching, which is a serious advancement in medical education to bring visual and touch stimuli together.

In an age where physicians are responsible for learning more information and for keeping track of more details than ever before, the future of artificial intelligence is bright in the field to help pare down pertinent information needed to make a correct diagnosis. Recently, Google DeepMind Health has been used to analyze the medical records of consenting patients to help detect preventable eye disease using data in the patient charts. Thus, this software has already helped cut down physician strain by reducing the amount of hours needed to painstakingly analyze scans, and it has allowed physicians to instead use that time to discuss diagnosis and treatment options with patients. Since this technology is only at the beginning of implementation, it has enormous potential in areas like disease identification, radiotherapy planning, and preventative care. This type of technology integration can reduce the amount of time physicians spend at the computer and increase the time she or he has with the patient, which not only increases patient satisfaction but can also help empower him or her to make better health decisions.

As future physicians, we are entering into an exciting, rapidly developing time period in medicine. Since technology is improving faster than we can keep up, I’m sure we’ll be able to tackle some of the worst diseases and health disparities that currently plague our healthcare system. However, with new advancements comes new challenges, such as bioethics, and we will have to be prepared to address them. No matter how the practice of medicine changes, we have a duty, as physicians have had from the beginning of history, to make the patient the focus of our work and heal not only the disease but to practice holistic medicine that restores the body and mind.

Rafid Rahman is a premedical student and is the founder, MedSpeak. 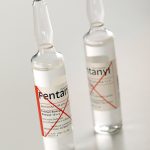 This physician fights burnout by having a binder of successes 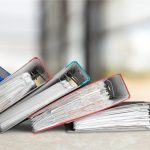