One of the nurses knocked on my door on a quiet Monday morning.

“Hey, can you see this patient? I guess it’s not urgent but he’s here now, and I think what the doctor told him just threw him for a loop.”

Of course I had time. In my role as clinical nurse specialist in a busy uro-oncology unit, I see men who need help making a treatment decision for management of their prostate cancer. As we walked towards the clinic room where the patient was waiting, the nurse filled me in on what had transpired. The patient, a man in his early 60s, had been diagnosed with high-risk prostate cancer. He had come to see the urologist to talk about next steps. He wanted to have surgery, a radical prostatectomy, and was expecting to sign consent for the surgery and receive pre-operative education from the nurse. She explained the procedure to him and when she asked him about any previous surgeries, he told her that he had a bilateral hernia repair with mesh. She then explained to him that we do not do radical prostatectomies in these instances as the mesh prevents access to the prostate. The patient was disappointed and asked to see the surgeon.

The nurse went on to tell me that the surgeon went into the room and came out roughly five-minutes later.

“OK,” he said to the nurse, “I’ll book him for exploratory surgery when I have time. It’s not likely that I’ll be able to remove his prostate but he really wants the surgery.”

The nurse went back into the room and explained to the patient that she had an ethical responsibility to tell him that the likelihood of the procedure having the desired outcome, removal of the prostate, was low and that he would be having an unnecessary surgery with its attendant risks for nothing. She went back to the urologist and asked him why he was prepared to do the surgery if ultimately the prostate could not be removed.

The surgeon’s reply was, “Well, he wants surgery, and I want him to be happy.”

That’s when the nurse came to call me.

I introduced myself to the patient and asked him what he understood about the goings-on that morning. He seemed clear that he wanted surgery but was less clear about exactly what would be done during the surgery. He had read some material from the American Cancer Society that recommended surgery, and that is what he wanted. He recalled that the nurse had mentioned something about radiation therapy but the material he had read said that if he had radiation first, he could not have surgery in the event of a recurrence. So he wanted surgery.

We had a long talk and at the end of the discussion, the man was agreeable to seeing a radiation oncologist about external beam radiation therapy in conjunction with androgen-deprivation therapy, the evidence-based recommendation for high-risk prostate cancer when surgery is not possible or recommended. He saw the radiation oncologist the same day, was booked to have fiducial markers inserted and was started on a non-steroidal anti-androgen immediately according to protocol.

I was left thinking about keeping patients happy and what that means. In this case, the man would have had surgery, been hospitalized and then had to wait another six weeks before starting radiation therapy. He would be exposed to the risks of anesthesia, albeit low, and the potential for hospital-acquired infection or sepsis. He would miss work, have to stop his daily exercise routine, and depend on family and friends for assistance while recovering. This being Canada, he would not have had to pay out of pocket for the surgery, anesthesia or hospital stay; that is covered by our taxes. But he would certainly pay in other ways, and how happy would he be then?

Patients often have to make difficult decisions about treatment without the benefit of knowledge and experience. They rely on instinct (just get the cancer out now!) and anecdotes from and about others who may have a significantly different cancer or histology. Discussing the options and rationale for treatment, and not trying to make the patient happy serves multiple purposes, the most important being minimizing harm from ineffective treatment.

The nurse who asked me to see this man is a knowledgeable professional with close to 40 years of experience in urology and now uro-oncology. She is also a fierce patient advocate and someone who acts with ethical principles in mind. She makes patients happy by looking out for their best interests, which is not always the same thing as giving them what they want. I wish everyone on the team was like her.

A cancer scare changed my life in 7 seconds 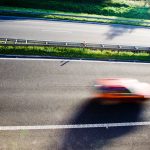 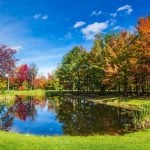 What patients want isn’t always what they need
2 comments