So there I was — in deep denial. Maybe you’ve been there: Ignoring the symptoms. Hoping and praying that it would just “go away.”

A little knowledge is a dangerous thing. And as a doctor, I like to think I can Google with the best of them.

So when I had a persistent scary symptom (full disclosure: it was bloody discharge from my left breast. Not subtle. Not intermittent. Not OK, even a little), I finally bit the bullet.

I called my friend and world-renowned breast cancer surgeon, Joe. I’d known Joe for years. I interviewed him for my book on burnout and scrubbed alongside him in the O.R.

Of course, like all good doctor offices, his secretary was a wall. She insisted I make an appointment like a regular person. I understood. But when she suggested I see Joe after his upcoming vacation, I panicked. I pulled my doctor card. And she relented.

Two days later, I was driving over in crazy, lunch-time traffic, from my office to his. I hadn’t told my husband, my sister or my mom. So that should tell you how freaked I was — very.

As I drove along the interstate, I could feel my heart racing. I told myself, “I’m not ready to be done with my life. I have so much more to do.” I started going a bit cray-cray. Can you blame me?

I knew I was out of control. And beyond the fear of breast cancer, there emerged the next biggest fear: what if I did have breast cancer, but I was so over-the-top wacky that Joe decided he didn’t want to be my doctor? He could easily say we were too close, and refer me elsewhere. Now, that would really be awful.

So, picture me, zooming down the highway, exceeding the speed limit just a little, dodging cars and planning my surgery, the chemo, the whole nine yards. I knew if I didn’t get it together, Joe would fire me as a patient.

I decided that every time I saw a red car on the interstate, going in either direction, I would take a deep breath. I had three red cars in my vision at that moment, and I slowly and deliberately took a deep breath in and out. And again. And a third time.

I realized, in those seven seconds, that I had barely been breathing during my race to see Joe.

I felt a little better. Calmer? I couldn’t be sure, but it wasn’t worse.

So I kept looking for red cars. And, sure enough, over the next ten miles, red cars popped up everywhere. As I pulled into the parking garage to Joe’s office, there were – no kidding — FOUR red cars in a row. I tried to breathe in and out four times, and I had to laugh so I wouldn’t hyperventilate. OK, Universe. I got it. And I went into Joe’s office a calmer.

A world of difference

Since that day, I’ve used the “red car trick” often. It keeps me centered when I’m heading for the office or the operating room, when I’m late for a meeting, or when I just have a lot on my mind. Those seven seconds can make the world of difference and even substitute for my morning meditation when time is short.

Providers and patients must listen to the evidence 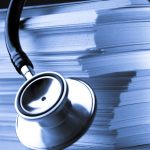 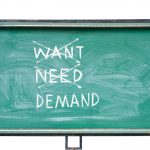 A cancer scare changed my life in 7 seconds
1 comments