We are neurosurgeons, albeit not rocket scientists, but with our insider knowledge, it should be easy for us to understand “narrow networks.” Unfortunately, this is not the case so we can imagine how difficult it is for our patients. Consider the following scenario:

A 52-year-old woman is receiving long-term care for multiple myeloma primarily involving the spine. Well-coordinated neurosurgical and oncological care is provided through a large multispecialty group; however, if she has her weekly blood tests performed in the group, she will pay $200! Thus, her blood tests are done across the street and sent to her doctors. Further, when she regularly needs advanced imaging (MRI or CT), her cost if done within the group is over $500.  Instead, she travels 20 miles and must obtain a copy to bring to her physician visits.

Traditionally, insurance coverage offered both depth and latitude of choice for patients. In an effort to contain costs — cynics might argue control physicians and increase profits) — health insurance companies developed plans that allowed access only to a small group of providers or health care facilities. These are then defined as “in-network” providers. This network is not chosen on the basis of quality or value; rather it is an array of providers with whom a health insurance company has negotiated a steep discount. Within such plans, patients pay less when using an in-network provider, because those networks provide services at lower cost to the insurance companies. Such a network’s adequacy is the ability to deliver the benefits promised, with reasonable access to a sufficient number of primary care and specialty physicians, as well as all other health care services included under the terms of the contract.

Unfortunately for patients, adequacy has become an increasing problem as plans have ever narrowed in-network providers. Narrow-network plans have grown in popularity since the inception of the insurance exchanges in the Affordable Care Act (ACA) because their cheaper premiums appeal to price-sensitive consumers. Roughly 70 percent of plans sold on the exchanges in 2014 featured a limited network, with premiums up to 17 percent cheaper than plans with broader networks.

Both providers and the patients have expressed dissatisfaction about these networks. Critics claim that insurers have failed to build or maintain adequate networks, provide up-to-date information about their provider networks and imposed additional travel burdens on insurance subscribers — particularly in rural areas where there is a sparsity of providers that are considered in-network for a given plan.

By limiting access to specialists, some plans perhaps find that they can bend the “cost” curve by manipulating the “care” curve. When looking specifically at neurosurgical care and assessing all available plans in 2015, there seems to be no prevailing approach regarding a network size.

While the current administration has promised repeal of the ACA, narrow-network plans are likely to continue proliferating because of the price advantages, even though the provider panels resemble the most limited found in Medicaid networks.

When providers are excluded from plans, many of our sickest patients suffer. And while the travel burdens may be most acute for those patients in rural areas, patient in urban and suburban locations also face difficulties in gaining access to the specialist of their choice due to network restrictions. While some may argue that Medicaid level access is preferable to no access, for many patients, Medicaid or other insurance coverage that reimburses providers at near Medicaid rates, may, in fact, prevent these patients from access to all but emergency care. The neurosurgical community is, therefore, concerned that this trend means patients are not getting the level of care that they deserve.

Insurance companies seem to have difficulty assessing the risk associated with caring for their subscriber population, as evidenced by double-digit premium rises over the last couple of years and insurance company withdrawals from the ACA-exchange marketplace. Continuing the trend towards narrow networks may be a way that insurance companies are holding down costs, but this cost-containment is resulting in a lack of access to care for many of the sickest patients. Compounding this issue are the mandated, yearly out of pocket maximums making access to expensive care difficult or impractical for most patients.

There may be no easy solution to controlling cost while maintaining coverage and choice. Ever narrow networks are an increasing ploy by insurance companies that are difficult for our patients to understand and too often have no connection to quality or value — the factors that should drive decisions for our patients. 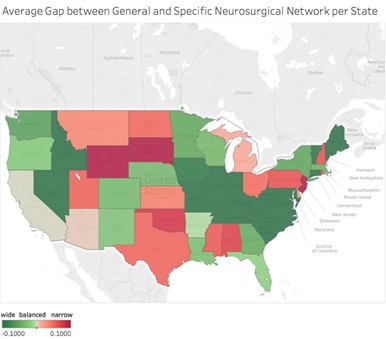 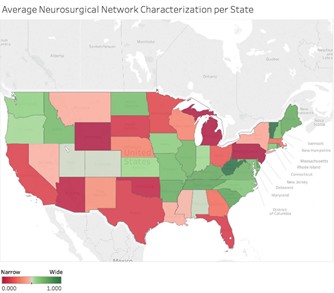 I doubt this patient's other doctors listen 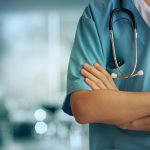 Doctors have First Amendment rights too 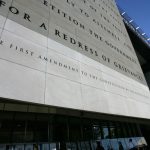 Narrow networks have no connection to quality or value
5 comments