It’s been a rough past couple of months not only for millions of Americans whose health care futures depend on decisions to be made by the new Congress and the Trump administration but for those of us who teach about the U.S. health system for a living. As one health policy expert I follow tweeted only half-facetiously, on election night: “Dear students: all that stuff I taught you about the ACA? You can forget about it now.”

Senate Republicans took the first steps toward repealing and replacing (or more likely, repealing and delaying) the Affordable Care Act through a procedure called budget reconciliation. As I recently told a MedPage Today reporter, although reconciliation can’t completely undo Obamacare, it can undo more than enough. Stop the flow of federal funds for the Medicaid eligibility expansion adopted by 31 states and Washington, DC, and most will be forced to drop coverage or cut back on benefits to balance their budgets. Stop the federal tax subsidies to low-income persons who purchase individual insurance plans on the health insurance marketplaces, and insurers — already forced to sharply raise premiums because not enough young and healthy adults bought in — will leave the marketplaces. Stop enforcing the individual mandate, and even more people won’t buy health insurance, pricing premiums even more out of reach and potentially leading to an adverse selection death spiral.

As a piece of legislation, the ACA was 100 percent partisan, passing Congress without a single Republican vote and signed into law by a Democratic president. But historically, it originated as the conservative (Republican!) alternative to President Bill Clinton’s American Health Security Act that failed to even come to a vote in Congress.

I was a college freshman from 1993-1994, and much more interested in Imperial Russian history than in modern U.S. politics. So I have no personal memories of the protracted health care reform debates that occurred in the halls of Congress or between ordinary Americans watching “Harry and Louise” advertisements on television (which I also have no memory of whatsoever).

But I recently obtained a paperback copy of the Clinton White House Domestic Policy Council’s blueprint for what became known as “Hillarycare.” Not surprisingly, it contains some good ideas — particularly those supporting more training programs for and higher payments to primary care physicians — and many that probably wouldn’t have worked out very well. But one chapter, “Ethical Foundations for Health Reform,” resonated with me, as I imagine it would with others across our diverse political spectrum. It asks, then answers in 14 briefly defined concepts, the essential question: What values and principles should shape our health system?

Always, the devil is in the details. For example, how broad or generous do “comprehensive” benefits need to be? What is a “fair” distribution of health care costs? Who decides what is a “wise” allocation of resources? How much “local” responsibility should be reserved for states and communities versus the federal government? But as the patchwork U.S. health system seems primed to undergo another political upheaval, I think it’s more important than ever to seek consensus on the destination for health reform before embarking on the journey. 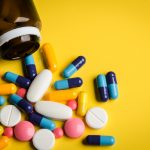 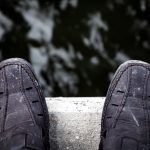 What are the ethics of health care reform?
1 comments