In a time of rising health care costs, it’s hard to talk about the financial strife of physicians, who as a whole over time do very well financially. We see the bills from our doctor’s office, and it’s hard to imagine why anybody would complain about the upfront investment of a medical education, when the payoff seems so good.

Many recent articles make the case for why becoming a physician is not actually a sound financial plan, highlighting decreases in physician salaries, the opportunity cost of the years in training, and the income ceiling relative to those in prominent other professional positions. Despite this, a reliable six-figure salary is not one to scoff at, and the public is hardly going to crusade against reimbursement cuts for physicians or rally for better physician pay the way that they (rightfully) do for teacher pay.

But there is a bigger reason why society should be concerned about the cost of a medical education. There are long-term consequences to a system where the average amount of debt for a graduating medical student is over $150,000. This number will almost inevitably rise, with medical school tuition steadily rising at approximately 3-4% a year for both private and public institutions. These numbers do not take into account the additional debt accrued by many during years of residency and fellowship, where an average salary of $55,300 (Medscape debt and salary report, 2014) may not adequately support the families of those training in large metropolitan areas.

What does this mean for our system?

1. Potentially, fewer physicians in the system. The numbers have yet to support this argument, with medical school applications actually at all-time highs. However, particularly as physician salaries decline and the voicing of physician discontent/burnout rises, undertaking a large debt may be harder for aspiring physicians to swallow.

2. Less diversity of the physicians who are in the system. More than half of U.S. medical students come from families in the top quintile for family income. This is a complex statistic reflecting far more than an ability to afford the education, but concerning in that students of lower socioeconomic status will have even more barriers to entry of qualified applicants into the field.

3. A shift of physicians away from primary care positions towards specialized fields, which reimburse better, and can help physicians pay their loans back faster. In an era where policy is promoting primary care, and there is already a shortage of primary care providers, the dangers of this are obvious.

4. A change in physician culture. Traditionally, people have entered medicine to make a difference in the lives of patients, and have seen the profession as a calling. As financial pressures increase, the need for physicians to consider the financial implications of their practice patterns and populations could lead to a further lack of access to care by underserved patient populations. The doctor-patient relationship will also suffer, as the need to generate a profit increases.

5. Fewer physician scientists. The advancement of medicine as a field relies on the progress of science, which needs the perspective of physicians to guide research into clinically relevant directions. Much of this research arises from academic medical centers, where physicians, on the whole, make significantly less than their counterparts in private practice. Before making the argument that MD/PhD physicians are actually subsidized and don’t pay for medical school out of pocket, realize that only a minority of physicians who practice academic medicine and are on the clinical staff at academic medical centers are MD/PhDs Given the pay differential, as debt becomes more burdensome, physicians may be less inclined to take academic positions.

These are all reasons why the public should be concerned about medical student debt. It’s not about the physicians as individuals, but about the field we are striving to protect and further develop.

Nisha Mehta is a radiologist and founder, Deserved Splurges.  She can be reached on Twitter @nishamehtamd. This article originally appeared in Forbes. 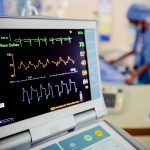 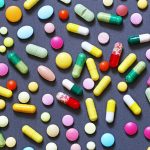 Why you should care about medical student debt
68 comments