You may have read about the recent tragic deaths of two healthy children — Marvelena Rady, age 3, and Caleb Sears, age 6 — in California dental offices. Unfortunately, they aren’t the first children to die during dental procedures, and unless things change, they probably won’t be the last.

I had the opportunity to attend a stakeholder’s meeting at the Department of Consumer Affairs in Sacramento, to hear a presentation of the DBC’s report, and to be part of the delegation offering comments on behalf of the California Society of Anesthesiologists (CSA). We hope this is the beginning of some long overdue upgrades to the current regulations.

By long-standing California state law, dentists and oral surgeons are able to provide anesthesia services in their offices even for very young children or children with serious health issues. They may apply for one of four different types of permits for anesthesia:

But the route of administration — oral or intravenous — isn’t the point, especially for small children, and oral sedation isn’t necessarily safer. Sedation is a continuum, and there is no way of reliably predicting when a patient will fall asleep. Relaxation may turn into deep sedation, and deep sedation into a state of unresponsiveness which is equivalent to general anesthesia. Oral medications have led to deaths in children, sometimes even before the dental procedure has begun or well after it has finished. There’s no logic in California’s lower standards of emergency equipment and monitoring for procedures done under sedation as opposed to under general anesthesia.

In an older child or adult, mild sedation and local anesthesia are enough for nearly all dental care. But any parent knows that this won’t work for a young child who can’t hold still. There really isn’t any such thing as “conscious sedation” for a toddler of 2 or 3. Deep sedation or general anesthesia are the only choices for a child who needs extensive dental treatment.

Small children have small airways. Every parent knows not to give a small child big chunks of hot dog, or toys with small parts, because of the risk of choking. During dental work, a child’s breathing can be blocked by swelling or bleeding. Just a few drops of blood may irritate a child’s vocal cords, causing them to snap shut and preventing air from getting to the lungs. In the time it might take to gather emergency equipment, a child can suffer permanent brain damage or death from lack of oxygen. General anesthesia often is safer, since the airway is protected from the start with a breathing tube.

One of the problems with current California regulations is the use of outdated terminology. The ASA, the American Academy of Pediatrics (AAP), and the American Academy of Pediatric Dentistry (AAPD) all agree on standard definitions and rules concerning minimal, moderate, and deep sedation. California dental laws and regulations, however, use the words “conscious sedation” and “moderate sedation” interchangeably, causing confusion about which rules apply.

By California definition, moderate sedation should use “drugs and techniques that have a margin of safety wide enough to render unintended loss of consciousness unlikely.”  But California doesn’t restrict sedation permit holders from using potent anesthesia medications including propofol (the medication associated with the deaths of Michael Jackson and Joan Rivers), ketamine, methohexital, fentanyl, nitrous oxide, and midazolam. Especially when these medications are used in combination, the risk goes up for unintended deep sedation and lethal consequences.

By national standards of care, a surgeon can’t take out your child’s tonsils or perform any procedure requiring anesthesia without a separate qualified professional to give medications and monitor the patient. Even an anesthesiologist performing an interventional pain procedure can’t legally direct sedation at the same time.

Yet in the offices of dentists and oral surgeons, it’s perfectly acceptable for the same person to perform the dental procedure and direct sedation to be given by a second person who also assists with the procedure. That person is likely to be a “dental sedation assistant,” who in California has completed only one year of experience as a dental assistant, 40 hours of didactic education, and 28 hours of laboratory instruction. In some states, the training requirements are even less.

No state at this time requires the presence of a physician anesthesiologist, a registered nurse, or any other medical professional during sedation or anesthesia for dental treatment, even for small children. At present, 29 states require the presence of a third person to serve as a “dedicated anesthesia monitor” in addition to the dentist and dental assistant; California does not.

Parents should question the concept that sedation and anesthesia should be given to a young child — or for that matter to any patient — without a qualified person whose only job is to watch the patient and to administer sedation or anesthesia. This is the opinion of the ASA and CSA, clearly defined in our guidelines on sedation. I’m very pleased to see our opinion shared — and expressed in the strongest terms — by Paula Whitehead, MD, who attended the stakeholders’ meeting on behalf of the AAP, and by Michael Mashni, DDS, a past president of the American Society of Dental Anesthesiologists.

The meeting was solely for the purpose of gathering opinions from interested parties. The DBC will be preparing a second report with recommendations for changes to California laws and regulations concerning pediatric dental anesthesia. The state legislature and the Department of Consumer Affairs are watching with keen interest.

It’s high time California and other states modified their laws to bring the practice of anesthesia and sedation in dental offices into line with the rules followed in every hospital and outpatient surgery center. Too many children have died already. There shouldn’t need to be more. 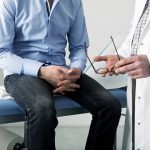 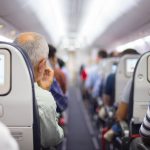 Children at the dentist’s office: Who’s watching them?
1 comments