Fair and just societies protect children. The Trump administration’s unconscionable practice of separating children from their families at the border between Mexico and the United States is making me rethink what kind of society I live in.

The images and the stories are heartbreaking.

In an effort to deter families from migrating to the United States, reports say the Department of Homeland Security is now taking children as young as 12 months from their undocumented immigrant parents at the border. Customs officers arrest the parents and send them to detention centers to await trial. Their children are placed in the custody of the Office of Refugee Resettlement without any clear plan to reunite them with their parents.

This forced separation drastically complicates the lives of children who, having been uprooted from their homes, are already anxious and distressed. They usually have no ability to advocate for themselves or their siblings. And unlike American children separated from their families, these immigrant children have no right to an attorney.

As a pediatrician, I’m aware of the overwhelming evidence that prolonged, highly stressful experiences during childhood, such as forcible family separation, causes long-lasting injury to the developing brain and harms health.

The Trump administration has created a policy that is abusive to children and intentional in its cruelty. It is using this assault on a defenseless population as leverage against parents seeking to enter the U.S. without documentation. More than 1,500 boys are being held in a detention center in Texas. Other children have been placed into foster care while their parents are incarcerated hundreds of miles away.

Being wrenched from parents is every child’s worst nightmare. In addition to being traumatized by a forced separation, these children are at risk for further abuse and exploitation as the government ward system is imperfect in protecting children. This policy inflicts psychological injury on children, and its malicious intent may lessen the provision of compassionate treatment by those holding these children.

What is even more disturbing to me is that these family separations are occurring in full public view, as if they are done with honor or pride instead of with shame. Such brazen and unflinching cruelty against a highly vulnerable group — immigrant children — suggests that any group could be a target for unjust and cruel treatment by our government.

The president of the American Academy of Pediatrics, Dr. Colleen Kraft, has spoken out about these events and shared a story of a distraught toddler she met at a shelter run by the Office of Refugee Resettlement. The academy strongly opposed the practice of forcibly separating children from their parents when the administration began considering it in 2017, and has released a new statement decrying it. Just as our profession does not tolerate psychological and physical abuse of children at the hands of a parent, we must not tolerate it at the hands of our government. Abusive acts by the government have no more legitimacy or excuse than abusive acts by a parent.

No matter where you stand on U.S. immigration policy, it’s impossible not to see that the practice of separating toddlers and school-age children from their parents violates the principles of human decency.

In the United States, the government is supposed to reflect the will of the people and treat all people with basic dignity. It’s time to make sure that those who govern acknowledge that will. I have asked my local, state, and federal representatives to demand that the administration stop the practice of separating migrant families. I urge all parents; all who work caring for infants, children, mothers, and fathers; and all who care about basic human decency to do the same. (If you aren’t sure who represents you, you can get their names and contact information at USA.gov.)

If this shameful victimization of immigrant children isn’t stopped, who knows what vulnerable group will be next. 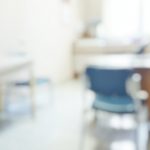 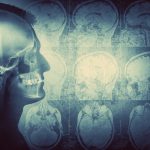