Although I write a blog that centers people of color in exploring the connections between the medical system and race  — an activity that has always been fundamentally personal — I rarely discuss how it personally affects me.

The occasions in which I have, were driven by my need to make sense of Trayvon and Walter, Tamir and Freddie and to reconcile their lives with how I move in my life, as a black physician. But there is no sense to be made of state-sanctioned murder and each time I left the task weary with emotion.

I used those emotions to power six months of writing and editing my first submission to Pediatrics, the most important academic journal in my field, on police violence; both begging and demanding this type of violence be considered a devastating threat to public health and safety for children of color. The first comment my co-authors (also black women) and I were asked to address was what the editors called our “anger” and the last was to “say something nice about the police.”

Here I was, asking to be seen; asking for black children and families to be seen; but having to respond to why I don’t see police and why what a white man perceives as my emotion, is a problem to be addressed, in writing. My emotion. That they named anger.

To be labeled angry and asked to publicly disavow said emotion for professional legitimacy was nothing new, for me, my co-authors, or centuries of black women accosted by the limited public characterizations of our person-hood. But when they named my emotions anger, did they also name my tears? Did they name the deep humiliation I processed to explain, to a pediatric medical journal, why the deaths of black parents and children should be a priority?

Did they furiously, nauseatingly, mind-numbingly, cry over the public executions of their people? Did they choke and swallow those emotions back every day just to function as a productive adult in the world? Did they wake to bury the devastation that allows them to hold academic conversations about the threats, challenges, and disparities that may amount to the extinction of their people?

In medicine, if we talk about racism at all, we talk about how it is unfair — but no one’s fault really. Short of bias training that validates a generalized lack of explicit accountability — we primarily do nothing. It is as if medicine thinks the solution to centuries of systematic racism and racial inequality that continues to poison black bodies, young and old alike — through public divestment, disease and varying degrees of despondency — is self-reflection.

But it is killing us.

Sometimes I feel the poison in me. Squeezing my chest in anxiety, fear, or fury as I navigate the complex terrain of my public female black-ness, trying to wear my emotional and intellectual complexity in a way that at best, allows me to be seen but at least, prevents me from being dismissed altogether. The daily work of avoiding the silencing that accompanies being mistaken as simply an “angry black female” while also finding safe spaces to be a black female who can hold anger and the emotional complexity inherent to full humanity — is an extra job, that I do, at my regular job and on vacation.

Sometimes I see the poison in my family, as they do the work of making space for their whole self in a world that can easily, effortlessly limit them to an assumed identity. I watch them negotiating other people’s comfort in an exhausting performance of excellence and I understand the raw pain blackness chafes on their humanity.

Racism excludes black people from public goods and private sympathies. It is the root cause of health disparities, the education gap, the wealth gap, the gender wage gap for black women, and the unconscionable incidence of institutional violence against black bodies.

And in so much that medicine ignores that root cause, it is and will remain complicit in the maintenance of institutional racism, both inside our walls and out.

So just in case you have wondered or are wondering, yes, I am angry.

I feel intense and unapologetic anger. But know, my anger isn’t the poison, racism is.

Rhea Boyd is a pediatrician who blogs at rhea, md. and can be reached on Twitter@RheaBoydMD. 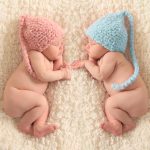 How I used Twitter to get promoted in academic medicine 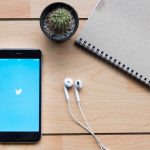 My anger isn’t the poison. Racism is.
7 comments