One of my favorite ways to spend an afternoon is perusing bookstore shelves and choosing books solely based on their cover. Wow, No Thank You is a series of essays by Samantha Irby that was selected in such a fashion. While the adorable fluffy bunny on the front drew me to the book, it was the hilarity and depth of her words that made the work a critical read.

The author identifies as a Black woman with Crohn’s disease, and that leads her to experience discrimination at the hands of many different people in the United States. She discusses her dissatisfaction with the majority of portrayals of fat women in television, and the way doctors seem to bring her weight into every visit, regardless of her medical complaint. She details her move from Chicago to small-town Midwest, and she captures both the destructive latent racism, as she calls it, that she saw in the city, as well as the blatant racism of people with guns and MAGA hats out in the countryside. The forthright racism in her new hometown scares her because, as she puts it so eloquently, “The person wearing this red hat might hurt you.”

Her illumination of the oppressive power of both blatant and latent racism was especially meaningful for me during this moment of national awareness of racism in our country. I grew up believing that blatant racism, such as people in those emblematic red hats, caused the harm towards Black people in our society, and I could combat racism simply by not being one of them. However, I had been latently racist because I was a privileged white child who never was forced to consider the benefits my race bestowed upon me. I was ignorant of the many different manifestations of racism in education, housing, and the legal system. In college, I began to realize that the actions of myself and many others who fall into the more latent-than-blatant racist category have been causing egregious harm to Black people in the USA.

But what of the emblematic white coats? Statistics illustrate the reality that Black mothers die during pregnancy and birth at far greater rates than white mothers of any socioeconomic status, and Black patients are significantly less likely to receive pain medication when it is needed. These are truly just a couple of issues that Black people experience at the hands of doctors. The history of medicine is steeped in a lack of belief in Black folks’ pain and an exploitation of their bodies for science that was mainly used to benefit white people. These histories of overt racism trickle down into the more latent biases doctors have today. Not taking pain seriously or underestimating how well a Black person knows their own body or stereotyping certain diseases based on racial identity all have real consequences for patients that are hurting and killing them.

The Hippocratic Oath unequivocally states, “Do no harm.” I am still working to learn all the ways in my life that I propagate racism so that I can work against it, and it will be a lifelong endeavor. However, I have learned that without actively supporting the Black Lives Matter movement and working to change the medical culture, I would violate my oath to do no harm. I need to actively challenge every lesson I have been taught in medical school concerning race and unlearn biased material. I need to check myself before and after every patient interaction to look for my own latent racism changing the course of my care. I need to support more Black medical students, researchers, healthcare workers, and faculty. I need to learn about Black experiences in the USA by reading Black literature (such as Wow, No Thank You), watching Black television, and listening to Black podcasts.  I need to speak up when I hear “jokes” or subtle comments made in the workplace by medical professionals in order to change the culture.

A medical culture that does not treat Black patients with the care and respect it gives to white patients is a culture that literally kills. Refining the ways we speak and the assumptions we quietly make in our heads will have a real impact on the care our Black patients receive. Until white medical students change the racism we systemically and individually propagate in medicine, the person wearing the white coat will hurt you.

Telemedicine pitfalls and direct primary care in the year 2020 [PODCAST] 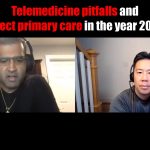 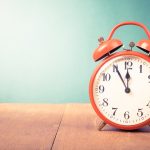