Why must we keep repeating history?

NCLB significantly increased the federal role in education by holding schools accountable for the academic progress of all students. NCLB held teachers responsible for education of children; MACRA-proposed changes will hold physicians responsible for the medical progress of our patients.  The largest problem with this approach is students and patients go home each day to whatever environment in which they live.  Neither teachers nor physicians have control outside classrooms or offices.  We cannot be held responsible for their sedentary lifestyles, unhealthy addictions, or poor diets.

NCLB placed a special focus on ensuring that states and schools boost the performance of certain groups, such as English-language learners, students in special education, and poor and minority children, whose achievement, on average, trailed their peers. MACRA-proposed changes want to improve preventative care for targeted chronic diseases, such as diabetes, asthma, and high blood pressure because their lives are not as productive and cost more compared to healthier counterparts. It is a tall order.

Educating students with special needs is no easier than treating patients with chronic disease.  Lofty goals require additional personnel and incentives.  NCLB was underfunded with a punitive focus; MACRA is incentivizing data collection hoping to demonstrate value in patient care.  Rewarding physicians for statistics and penalizing them for taking the time to place hands on their patients will undoubtedly have disastrous results.

States not in compliance with NCLB requirements risked losing federal Title I money.  Physicians not fulfilling MACRA data requirements will lose income, being reimbursed less per patient visit if they do not fall into line.  Survival of rural and small primary care practices, of which there are 200,000 in the U.S., will be in jeopardy.

NCLB was criticized for expanding the federal footprint in K-12 education, and for relying too heavily on standardized testing.  MACRA will undoubtedly grow the health care footprint by relying on large entities to administer assembly line medicine to the masses. The health of the people will not improve using this approach. We are not widgets; we are individuals.  Testing will be ordered because the checklist mandates it, not because it is essential. Scarce health resources will be squandered unnecessarily.

MACRA was authorized in 2015.  I wonder where we will be ten years from now.  It is highly likely the failure rate at reaching targeted goals will approach 80 percent by then.  Do we need to repeat our mistake before reassessing and changing course?  The amount of money wasted on a ‘one-size-fits-all’ plan is astounding already. EHRs did not improve the quality of health care, why would “value” reimbursement strategies? Or what about the idea of “virtual groups” created to help small practices report statistics to the government?  Honestly, the whole point of primary care is to not be “virtual,” but to be real.

NCLB’s solution for failure was to grant state waivers, now in place in 42 states, Puerto Rico, and the District of Columbia.  These waivers allowed “failing” states to get out from under burdensome mandates of NCLB in exchange for embracing certain education redesign priorities.

Can I please obtain and fill out a clinic waiver now, so it is at the head of the line?  Administration of universal education and health care are linked.  Education is the very core of what physicians do on a daily basis. Teachers educate students; physicians educate patients (if we are allowed adequate time to do so).  You cannot enforce standards for every student in every school across America any more than you can enforce standards for every patient in every medical office throughout the nation.

Success in health and education cannot be legislated.  Well, it can be. However, it is unlikely to experience successful implementation.  Americans are fiercely independent and take our freedoms quite seriously.  We will not be placed on an assembly line, poked and prodded under the guise of prevention, and give up things we love, like candy, potato chips, cigarettes, booze, and opiates in the name of better health.  It will never happen.  People will continue to ignore health maintenance recommendations for hypertension and diabetes.  Must we spend billions of dollars to prove failure is inevitable?  We are highly unlikely to entice the return of good quality physicians once the exodus begins.

I will not let medicine dehumanize me 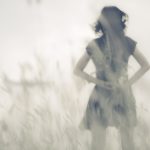 This is the only time she will hold her daughter alive 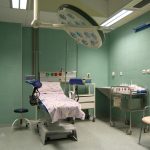