Let me preface this blog by stating that I write this to stimulate discussion and debate, not to sway opinions.

Today, doctors are required to spend more and more time doing administrative work — including checking off electronic boxes in the electronic medical record (EMR) — the result is less quality time with patients.

Now, those that are in Washington, DC think that requiring physicians to ask about guns in the home may somehow reduce gun violence and gun-related deaths in the U.S. today. For me, the answer is simply no. Physicians should focus on the prevention, diagnosis, and treatment of disease; we should advocate for our patients, but we should not be government agents (unless we all collectively become employed by the state.

In an article published in the Atlantic, author Olga Khazan argues that doctors have a responsibility in preventing gun-related deaths. When I read the article, I was simply struck by how much controversy surrounds this issue: How do we protect patient’s privacy rights? How do we preserve our relationships with patients? Certainly, as physicians we may ask many uncomfortable questions of our patients — sexual history, drug, and alcohol use, and other sensitive subjects — but should we really be asking about guns? The legal implications alone of these discussions are enough to make even the most steadfast physician a little weak in the knees.

For far too long, the government has attempted to insert itself into the sacred (and privileged doctor-patient relationship). The bond between doctor and patient is like no other-honesty, confidentiality and trust are paramount to all other concerns. There is already a debate on the role physicians should play in gun control or gun safety. Our own U.S. Surgeon General has proclaimed in the past that gun control was a top priority for his office. In Florida, there is a law that does not allow physicians to ask about guns except is certain circumstances. Others want to require physicians to ask and document patients’ answers in the EMR.

I fear that allowing discussions on guns to enter an exam room may completely undermine a physicians’ relationship with his or her patient. Patients may feel uneasy about answering the questions and may also be suspicious of why they are being asked in the first place. Patients may be less likely to trust their physician (for fear of some repercussion) and may also be less likely to discuss other medical issues with honesty. Lack of honest dialogue between doctor and patient can result in a lack of patient engagement and, ultimately, negative clinical outcomes.

Don’t get me wrong, we must educate the public about the proper use and storage of firearms. Guns should never be accessible to children, and any person who owns a firearm must be trained in its safety and proper use. However, the role of the physician should remain, first and foremost, as healer: We should not be required to become firearm educators, nor should we be required to document firearm possession to the government.

While I do concede that there is likely a role for the discussion of guns in a pediatrician’s office (with the parents) in order to ensure that guns are stored properly in the home, I do not think that there should be any type of discussion in adult medicine. There has been much research in this area and much controversy remains.

In the Annals of Internal Medicine, researchers from Colorado found that there is a vast array of opinions among patients when it comes to physicians asking them about guns. Only 25 percent of patients surveyed thought that it was always appropriate for a physician to have a discussion about guns. 34 percent of those studied in stated that it was never appropriate for a physician to ask about gun possession or gun use. While study authors spin the data to say that nearly two-thirds of respondents think that it is sometimes OK to ask about guns, the reality is that many Americans feel that this type of interaction is not appropriate.

Sadly, there are far too many gun-related deaths in the U.S. today. We must do more to prevent criminals, those with mental illness, and others who would do us harm to possess guns. This should be the work of the community and the local, state and federal government: not the work of the physician. I fear that if we begin to mandate data collection of this sort by physicians and other health care providers we will undermine the trust that our patients place in us every single day. 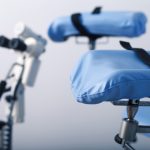 We can't agree on the value of the yearly physical 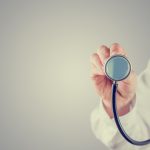 Should guns be discussed in the exam room?
20 comments