Congratulations on your daughter’s acceptance into medical school.  Like the first day of kindergarten, this launch is notable for parents as well as children.

You may have some concerns about the stresses she will face. Having been there, I can tell you there will be many.  Not to worry, though. Times are changing.  You daughter is free to learn among the brightest of the bright while avoiding problems women before her have faced. She will be pushed hard, and much will be expected of her. However, she will not be discriminated against simply because she is a woman or may someday become a mother.

She will learn without the yelling, shaming and belittling that previous generations have known. Her attending will not scream and curse at her in the hospital hallway. She will not bullied or put down. No one will tell her she is too smart for this specialty or too stupid for that one.  They will respect her ideas and offer career advice only when it is asked for. No one will write songs about how stupid she is, sing them to her daily and give a copy to her to keep for future reference. No one will ever whistle at her like a dog and say “here girl.”  No one will tell her to go fetch things or to heel. No one will purposely contaminate her in surgery so that she has to step aside and miss the case. When she becomes a resident, no one will call her an idiot and ask whether she even went to medical school. No one will accuse her of purposely killing a patient. No one will ever threaten to fire her on a daily basis.

You may have heard some stories. I want to reassure you that no one will throw things at her or hit your daughter.  Repeatedly. Every day. Even after she tells them not to. No one will knock her to the ground or inadvertently stab her when they are in a fit of rage. No one will demand to use her arm as a whiteboard. No one will ever page her to a call room to try to sexually assault her.

This is 2016! You can rest assured her attendings will not text naked selfies. Or lewd email messages the night before her evaluation is due. No one will talk to other attendings about whether they have slept with your daughter. Yet.  And they will never say this about her while in front of her or her colleagues. She will not be failed on her rotation for not laughing at vulgar jokes.

If your daughter chooses to get pregnant, you can rest your mind and share in her excitement. No one will tell your pregnant daughter that she is an idiot for not knowing about birth control or for planning a pregnancy during training. No one will say that her pregnancy must have been a mistake and tell her to get an abortion. No one will criticize her or spread rumors about her for having the audacity to have children during medical training. If she is pregnant, no one will tell her she can’t run to the bathroom, vomit, or walk slowly. They will not drag her down the hall to move more quickly. When she interviews for residency spots, no one will ask her if she is planning to have more children. And why. No one will announce to your pregnant daughter that they will not accept women into the program since the one they have is already, well, you know. And no one will tell her that she has to work just as hard as everyone else if not harder to prove herself. No one will say she would be a great doctor if only she didn’t have children. No one will tell her they won’t consider her for a position since she is a mother of young children. In today’s age, everyone knows it is illegal to do that!

She will never be told that sexual harassment is just a part of the curriculum. No one will ever tell her she is just a pretty face and won’t amount to anything.  She will not be singled out to make copies and get coffee. She will never be told that women make better nurses than doctors.  No one will tell her she doesn’t smile enough. No one will tell her he wants to see her in a cat fight. No one will yell at her for not wearing make-up, for wearing too much make-up, for wearing clothing that is not expensive, clothing that is too revealing or not revealing enough, for taking pride in her appearance or for not taking pride in her appearance.

She will not be held back due to a fear that her excellence will limit a man’s career. She will never be told she can’t choose a certain specialty simply because she is a woman. And when she is not told that, an attending will never make reference to her genitals. She will never be asked, either alone or in front of a group of men, what she will give in exchange for an honors grade. No one will make decisions about her career advancement based upon whether she does or might someday have children.  No one will dismiss her ideas simply because she is a woman. No one will praise her male colleagues who take her ideas and present them as their own. No one will selectively limit her salary and raises.

Don’t worry about not seeing her over the next 7+ years.  She will be there for you if you really need her. No one will tell her that if she cannot handle the needs and stresses of her personal life that she is not cut out for medicine. She will be valued and respected rather than humiliated on a daily basis. Unlike those before her, she will not wonder if it would be better to die than to face another day hour minute of training.

Rest assured. There are mothers in the house now. Focused. Thoughtful. Intolerant of shaming. Without time to be made small. We are in all areas of medicine, leadership, research, and clinical care. And we are looking out for your little girl.

Tips to improve your communication with patients 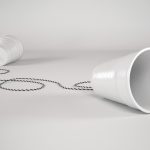 Do-it-yourself lab tests are a bad idea. Here's why. 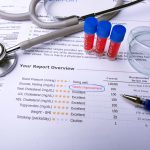