It sounded too good to be true when I first heard about Theranos, a company that promised to revolutionize medical testing by making it possible to perform dozens of tests on a single drop of blood, rather than the several tubes that would typically be required. And that wasn’t all. Theranos CEO Elizabeth Holmes, a Stanford dropout and media magnet whose wardrobe seems to consist solely of all-black outfits, promised to empower patients by giving them the ability to order their own tests, rather than needing to ask a doctor to do so.

Now that the company is under criminal investigation and under pressure to prove that its technology works, FiveThirtyEight reporter Katherine Hobson pointed out that routine blood testing in healthy people has numerous downsides that Holmes never mentioned, including poor predictive value, false positives, overdiagnosis. Even if the test accurately diagnoses a risk factor such as high blood sugar levels, a United Kingdom study found that persons invited to diabetes screening were no more likely than controls to quit smoking, reduce alcohol consumption, or become more physically active.

Yet the fascination with do-it-yourself medical testing continues. A New York Times article recently led with the story of Kristi Wood, a 49-year-old woman who was experiencing fatigue and cognitive problems. Rather than seeing a doctor, she turned to a direct-to-consumer testing service which told her that her vitamin D levels were too high, apparently because she had been overdosing on vitamin D supplements. Once she reduced her supplement dose, “she almost immediately felt better.” She credited the testing service for making this (obvious) diagnosis and now has a bunch of blood tests repeated every four months.

Although Ms. Wood would do well to read Ms. Hobson’s FiveThirty Eight article and the U.S. Preventive Services Task Force statement that found insufficient evidence for adults younger than age 65 to take supplemental vitamin D for any reason, at least the results were clear-cut and actionable. That isn’t true for most abnormal results, which require clinical context, careful interpretation, and sometimes additional testing, to distinguish a false from a true positive.

A normal laboratory range means that the vast majority — but not all — of healthy people’s results will be found between these values. Statistically, 1 in every 20 tests is likely to be abnormal simply by chance. Since blood tests are usually ordered in panels, I estimate that about half of my own patients’ result reports have at least one item flagged, with nearly all of them being false positives. In the absence of an informed explanation and reassurance from a health professional who spent 4 years in medical school, 3 years in residency, and 12 years in practice, these results could be alarming and/or trigger unnecessary action like starting a potentially harmful testosterone supplement, as did another do-it-yourself testing patient in the New York Times article.

On a related note, a recent blog post by family physician Jennifer Middleton raised some good questions about do-it-yourself screening for ovarian cancer. For $295, a woman concerned about her ovarian cancer risk can request on a commercial website that an instructional kit be shipped directly to her home. According to the website, the test is intended to be “routine.”

But there’s absolutely nothing routine about it. The ongoing randomized trial evaluating the test’s effectiveness hasn’t yet determined if it causes more good than harm. For women at low risk, the American Congress of Obstetricians and Gynecologists and the Society of Gynecologic Oncology recommend against being tested. The moral of this story: If you aren’t feeling well or worry about getting sick in the future, don’t seek out do-it-yourself testing. Don’t be duped by companies such as Life Line Screening. Make an appointment to see a doctor instead.

Your daughter is going to medical school. Please don't worry. 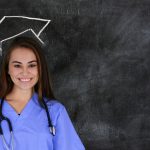 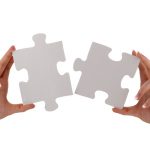 Do-it-yourself lab tests are a bad idea. Here’s why.
14 comments