We are born with arms wide open, and we die in much the same way.  It is that which we carry, in the time between, that defines us.

The newborn, caught in the primordial stew of beginnings, is unable to recognize the difference between self and other.  She grasps and roots at inanimate objects with the same voracity she reaches for her mother.  It is a time of differentiation, a time of definitions

The toddler understands more of his surroundings  His eyes survey the landscape and fall lovingly on one gleaming object or another.  The word mine dribbles from his mouth as he learns the pleasure of lust.  The pleasure of ownership.  He lugs his baubles with him and looks longingly when his line of vision is distorted; object permanence has long been mastered.

The school age child shoulders a mountain of books.  A transition has occurred from ownership of inanimate objects to attainment of knowledge.  She transports with her a means to an end.  She holds in her precious hands the tools that will lead to an as yet ill-defined version of success.

The young adult has completed the transition from objects, to knowledge, to affection.  He grasps tightly to his beloved, no longer satisfied with the baubles of the toddler or the knowledge of the school child.  He has traded in such worldly artifacts for something deeper, more complicated.

The new parent once more finds her arms encumbered.  Whether a crying baby, a car seat, or a dirty diaper, there is not much advantage in deeper contemplation.  Like the newborn, she often finds herself grasping in all directions.  The lines of differentiation are again blurred.

Middle age can be a time of great consternation.  One’s arms are often empty.  His children have grown and can carry some of their own load.  Instead, he struggles with a metaphorical burden.  Will his children be successful?  Will his parents age well?  Will he make a difference in his profession, in the world?

The aged, once again, finds her hands full.  Whether it be a walker or cane.  She struggles with physical frailty and laments that others have to do the heavy lifting for her.  The time of building has long gone.

If we are lucky, by the time we die, we have used or let go of most our material possessions. We have passed on knowledge to our loved ones.  And we leave this world empty, just as we entered it.

We are born with our arms wide open, and we die in much the same way. 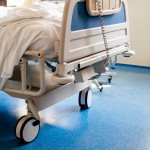 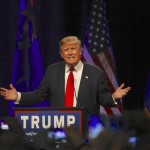