The consult was for “decreased vision and eye pain.” Inpatient consults at the VA hospital come up infrequently, but when they do, it’s inevitably something interesting. As soon as I access the patient’s medical record, a flashing rectangular box encasing a smattering of phrases such as “warning,” “inappropriate behavior,” and “female employees” pops up on the screen. I’m accompanied by one of our female residents, Dr. Smith. Once we leave our busy clinic, I inform her of our patient’s history of harassment. As concerned as I am about this piece of trivia, she brushes it off as if I told her she needed a coat in 80-degree weather.

We exit the elevator on the 8th floor, turn right, and as we pass the nurse’s station are asked who we are looking for. We must have seemed lost. Ophthalmologists do not frequent the inpatient floors. After finding the patient’s room, I introduce myself and Dr. Smith before beginning our evaluation. We work quickly as a team, taking turns checking vision, intraocular pressure, pupils, and visual fields. An ophthalmology exam has many moving parts, so it’s nice to have a partner. As we proceed through our choreographed activity, the patient stops us, looks at Dr. Smith and barks, “Hey honey, can you hand me that cup of water?” Without skipping a beat, she responds, “Actually, it’s Dr. Smith, and yes I can.” We wordlessly finish our exam, explain the findings and plan with the patient and leave the room. Once back in the elevator, I shake my head, “I’m sorry you have to deal with that kind of thing.” My fellow resident sighs, “Whatever, I’m used to it.”

I was at once both impressed and disheartened with how she handled this situation. By quickly correcting the patient, she did her best to squelch the inappropriate behavior and reassert the respect she had a right to hold. For that, I was thoroughly impressed. However, I was dismayed by the effortless way she shut him down. This wasn’t the first time this had happened. This wasn’t the tenth time. It was a regular occurrence. Part of a daily checklist, sandwiched between morning coffee and checking email.

I talked with a few other female residents about what happened. There wasn’t a hint of surprise in their voices as they first commended the way Dr. Smith handled the comment, and then went on to divulge their own anecdotes of harassment within the walls of the VA and elsewhere. It was a disturbing parade of inappropriate names, comments, suggestions, and actions.

“Oooh, I get to see the prettiest girl in the hospital.”

“What’s a pretty girl like you doing at the VA?”

“That’s fine; you can do anything you want.”

For every toxic comment, there was an unwelcome touch to the knee, arm, face, back or behind. Again, these are not isolated events. These interactions occur regularly enough that female physicians are able to act reflexively to shut it down.

This rampant harassment is not limited to comments on appearance. I’ve seen male patients discount the medical opinions of female physicians to their faces, ignore their presence, act abrasively and antagonistically toward women one minute, then turn into model patients when seen by a man the next.

None of this is new or shocking to women who are reading this. It’s par for the course. If a man expressed any surprise that this behavior was so prevalent, a women’s response would be, “Well, where have you been?” But don’t for a second believe that men don’t know this is happening. These patients come into our exam rooms and say all the things they consider too crass to say in the presence of a woman. They ratchet up the vulgarity with an endless stream of jokes and comments that would make Benny Hill blush, but it’s OK, because “we’re all men here.”

Although this is a problem at the VA, I don’t intend to single out veterans as the epicenter of this problem. Undoubtedly, sexism and harassment of female physicians occur in non-VA hospitals as well. The predominantly male patient population at the VA only serves to increase the visibility of this problem compared to civilian hospitals. Furthermore, many older patients, including many veterans, grew up in a time when physicians were male and white, and women were expected to not stray too far from home. These traditional gender roles are deeply ingrained in a subset of the population, leaving women with an uphill battle that seems impossible to win.

That’s not to say women are not trying. In fact, they are giving every effort they can to combat multiple generations of paternalism. Every day they rebuff, reject, and outright admonish inappropriate actions that only serve to poison the waters of the doctor-patient relationship. I think it’s male physicians who need to step up. For better or worse, many of our older patients grew up thinking that practicing medicine was the noblest of professions. That physician opinion carried its weight in gold, well before the era of litigation and the Internet. Because of this, and as depressing as it is to say, condemning sexist or misogynistic statements may hold more weight with male patients if it comes from a male physician.

I’m as much of a passive offender as any other male doctor. Too many times I have let a comment or joke at the expense of women slide. My typical reaction is to ignore the insult, treating the patient as I would a child throwing a tantrum in a grocery store. But that’s not enough. We need to do better. We need to take a page from our female physician counterparts. Don’t smile, smirk, or laugh at these off-hand remarks. Don’t stay silent. Tell them to refrain from such comments. Tell them it’s inappropriate. Tell them not to refer to women as “honey” or “sweetie.” Tell them that female physicians are not “lady doctors.” They are doctors. Damn good ones.

I understand that one comment from a physician, male or female, is unlikely to change a patient’s frame of mind. However, a single comment could change a patient’s behavior, which will create a less hostile working environment for everybody. Even if you don’t change the behavior, by speaking up you let your female colleagues know that you support them and value them as a respected member of the medical community.

Women are more than capable of handling these situations, and in my experience, certainly aren’t asking for a man’s help. They shouldn’t have to. In the end, we’re all in this together. Let’s start acting like it.

Will Flanary is an ophthalmologist.  This article originally appeared in EyeSteve.

Why I stopped prescribing narcotics, and never looked back 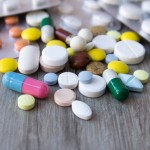 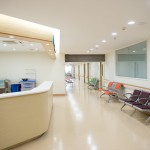