Recently, two states in India halted all use of Avastin for the treatment of eye disease following the report of 15 patients who underwent emergency surgery for potentially blinding infections at the C.H. Nagri Municipal Eye Hospital in Ahmedabad.  Though further investigations are ongoing, there is worry that the cluster of infections centered around a tainted lot of compounded Avastin. This most recent event serves as a reminder of the risk that we take every time we inject Avastin into our patients eye.

In the U.S., great measures have been taken to prevent infection since the 2011 report of two clusters of infections seen in Florida and Tennessee stemming from a single compounding pharmacy in Southern Florida affecting 12 patients.  Weeks later, another tainted lot of Avastin infected patients at the VA hospital in Los Angeles blinding another 5 patients.  Since these episodes, stricter regulations on the compounding and surveillance for infection prior to the distribution of Avastin have virtually eliminated these cluster infections.

Moreover, the American Academy of Ophthalmology, the American Society of Retinal Specialists, as well as the Pharmacy Compounding Accreditation Board have done a superb job in organizing providers and pharmacists to report adverse events and educating them on safer practices to reduce infection.  Nevertheless, the Florida, Tennessee, California, and India cases continue to highlight the rare, but serious risks of using compounded medications.

The use of Avastin, or bevacizumab, in the retina world, has transformed how we care for our patients who suffer from many of the potentially blinding diseases we see.  It is the most commonly used medication in the U.S. to treat macular degeneration, diabetic retinopathy, retinal vascular diseases, as well as a number of other ocular conditions.

It works by blocking an abnormal signal called vascular endothelial growth factor (VEGF) which is a potent mediator of abnormal blood vessels that grow or leak in the aforementioned conditions.  When left unchecked, these blood vessels can cause abnormal scarring in or around the retina that can lead to permanent vision loss.

We borrowed Avastin from the cancer world.  It’s actually FDA approved as a chemotherapeutic for the treatment of metastatic colon cancer — tumor cells need a blood supply to survive, and VEGF is their signal to draw existing blood vessels to them.  Block that signal with Avastin and the tumor shrinks. In the eye, we see rapid regression of retinal pathology that saves vision.

A low-cost, highly effective treatment for all

At a time where the skyrocketing costs of medical care dominate the 24-hour news cycle, Avastin is a health care economists darling.  Avastin is marketed as a 4 ml dose intended for intravenous use for metastatic cancer.  Compounding pharmacies divide it into smaller single-use doses for the injection into the eye.   Typically, we inject only 0.05 ml and so we can get about 60 doses from a single vial of Avastin.  Add a compounding fee which varies depending on the specific pharmacy, the cost of Avastin is about $60 per injection.

Because it’s compounded and not FDA approved for use in the eye, retinal specialists must use it off-label.  But it’s just as effective.  Two large randomized clinical trials (CATT and DRCR protocol T) sponsored in part by our National Eye Institute and a separate trial conducted in Europe have shown that Avastin is just as effective as the two other pricier FDA approved medications used to treat wet macular degeneration and diabetic macular edema: the two most vision threatening conditions in the Western World.

Now the other two medications work great and as a retinal specialist, I use them regularly.  However, the price tag is around $1950 for Eylea and $2020 for Lucentis, about 30 times the cost of Avastin.  And because of the Medicare Prescription Drug Improvement and Modernization Act signed in 2003 which forbids the Centers for Medicaid and Medicare Services (CMS) to negotiate the price once it’s set, the elevated cost of Lucentis and Eylea are fixed.  That is, unless Big Pharma wants to change it.

Avastin is our preferred drug

The idealistic me likes to believe that most physicians in the U.S. would prefer to use, when all factors being equal, the lower costing alternative.  A recent 2015 survey of retinal specialists shows just that: Avastin is used about 65 percent of the time by U.S. physicians to treat retinal disease.

Avastin use isn’t without other concerns

Aside from the rare infection clusters and compounding issues, there are other issues with the drug.  Most Avastin is delivered in a prefilled insulin or tuberculin syringe with a needle already on it.  Because the same needle is often used to draw the medication up, it can sometimes be dull or bent — a dull needle can hurt.  In some cases, oil is used to lubricate the syringe and, though inert, it can be found in the eye after an injection leading to persistent floaters.  Though it could never be proven, one has to wonder if there are Avastin “duds.” A dud occurs when the patient returns for a follow-up visit, and there appears to be no effect of the treatment leading to question if there was any medication in it.  Was it the last syringe of the lot drawn from the vial?  Lastly, there are heinous reports where fake Avastin is being manufactured and distributed to patients in the US and worldwide.

The FDA is now requiring individual prescriptions for Avastin where if we see a patient in clinic that needed an injection, we had to delay treatment in order to send a prescription to the pharmacy and have the medication shipped to us for treatment another day.  As part of the 2013 Drug Quality and Security Act, additional pressure from the FDA onto compounding pharmacies is forcing many of them to stop offering compounded Avastin.  Instead of getting Avastin from their local pharmacy in town, physicians are now having to shop elsewhere and even out-of-state to get a pharmacy to sell to them.  Suddenly, Avastin became a commodity and in many cases, the acquisition costs rose.  With reimbursements for Avastin remaining flat or even tightened, it not only became a pain in the butt to get it, but also financially less desirable.  In many cases, it was just easier to use Lucentis or Eylea … unless we can’t.

Stuck between a rock and a hard place

Some private insurance companies won’t cover the higher costing medications Lucentis and Eylea.  Some payors, including the increasing popular Medicare Advantage plans (Federally sponsored Medicare run by a private insurance company such as Humana or United Health Care), require “step therapy.”  Step therapy is a treatment protocol where Avastin must be used 3 or 4 times and there has to be a documented lack of efficacy prior to switching to a more costly treatment.  Furthermore, Medicaid only covers Avastin.

Now think about this for a moment.  Two different bodies of the federal government are pulling doctors in different directions. The FDA has put in measures that have effectively reduced our access to an effective off-label treatment.  CMS is requiring us to use an off-label drug prior to the FDA-approved alternatives.  Talk about the left hand not talking to the right.

It’s about to get worse

As we move forward, CMS will become increasingly aware of the cost-effectiveness of retinal practitioners.  Their “value based” metrics will flag high cost outliers and could potentially punish them with penalties.  “High cost” providers may also be (and in some cases have already been) dropped by third party payers.  Medicare Advantage plans from United Health Care, Blue Cross Blue Shield, and Humana have dropped a number of physicians nationwide presumably because they were deemed high users of expensive therapeutics.  CMS will also publically disclose the physician’s value based metrics in 2017.  Knowledge of this may push doctors to use Avastin instead of the higher cost alternative so as to stay in the “middle of the pack.”  Again, it’s clear that CMS is effectively forcing us to use Avastin, but the FDA is making it harder to obtain it.

We all want choice

Retina specialists want to use all of these drugs.  We like choice.  We like options.  We are also aware that some patients do better with the higher costing medications than with Avastin.  But we also know that a patient may have a huge co-pay of $400 if we inject Lucentis or Eylea. We want to help patients make the right choice and empower them to have a say in their care.

We want access to safe and effective Avastin.  Here’s a solution.

Second, compound Avastin in central compounding pharmacy like the Avastin that was compounded by the University of Pennsylvania for the CATT trial.  Make it at the National Eye Institute.  That way, the government can have oversight on how it’s produced.

Third, increase Medicare reimbursements for Avastin.  Here’s a little secret: we call it “the delta.”  The delta is the dollar value difference between drug reimbursement and drug acquisition cost.  Depending on the insurance, the delta for Avastin may be around $30 to 50 whereas the delta for Eylea could be $85 to 125 and the delta for Lucentis is about $45 to 85 (Lucentis average sale price is about $40 higher than Eylea).  As you can see, there is a financial incentive to use Eylea over Lucentis or Avastin.  Currently, doctors may already be tuned into this:  Last year, the ratio of Eylea use to Lucentis is 3:2.  Let’s proposed that if CMS increased the reimbursement of Avastin by $100 (delta goes to $130 to 150), I bet that doctors would be using Avastin in the U.S. way more than they already do.

This $100 increase is small potatoes compared to the $1,850 savings per injection that CMS would gain if even one treatment gets switched to Avastin.

Fourth, make generic or biosimilar Avastin. Once the U.S. patent that Roche holds on Avastin runs out in 2019 (2022 in Europe), create generic Avastin.  Amgen/Allergan is already on this- what about you NEI?  Teva Pharmaceuticals?  Yes, we know that creating a biologic can be difficult and expensive, but there is a real market.  65 percent of the market in the U.S. and 35 percent worldwide!

Lastly, decrease the cost of Lucentis and Eylea.  An act of congress would be needed to accomplish this.  Don’t hold your breath.

It’s clear that we all want safe, effective, and cost-efficient Avastin.  Reports like the one last week in India continue to remind us that. 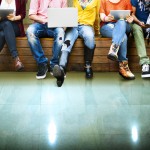