As the practice of medicine becomes increasingly digital, our patients are beginning to manage their health from more convenient points of care.  And as telemedicine improves, instantaneous access to health care providers from the comfort of your home or office is now possible. A recent survey of patients in my practice showed that over three-fourths of them have already used or expressed interest in using telemedicine in lieu of a visit to the doctor’s office.

Current forms of telemedicine include sending biometric data or health-related images over HIPAA compliant networks or directly speaking to a doctor via a video conference (think Skype).  In either case, there typically is a doctor present, regardless of whether the doctor is actually yours or where they obtained their degree, on the receiving end of the interaction.

But as we become increasingly comfortable with telemedicine, technology will continue to push the envelope.  Last March at the SXSW Interactive health and medical technology conference, a lot of emphasis was placed on the emergence of physician “avatars” and their ability to deliver to “virtual healthcare” online.  Take a moment. You read that correctly.  Physician avatars!  Not real people but a computer generated (CG) version of Dr. House downloading your symptoms and e-prescribing you some aspirin.

At first, I thought that this seemed ridiculous.  What happened to our humanity?  Alas, there is an argument for this.  People are becoming more reliant on having instant access to everything. With one-click, we can purchase a new pair of shoes.  With one swipe, we can go on a “date.”  Within minutes, we can catch an Uber (except in Austin!) to meet that date.  So it doesn’t seem preposterous to have instant access to a “doctor” any time at all times?  More importantly, with a click of a button.

Equipped with the continually adapting, medical diagnostic algorithms that the team at IBM Watson has developed, an avatar could potentially disrupt our health care delivery system.  Watson, which is IBM’s supercomputer that destroyed Ken Jennings in Jeopardy, can survey all published medical information from peer-reviewed research from virtually any online publicly available database in seconds.  It recently bested highly trained oncologists in correctly diagnosing cancer.  Watson might just be a better diagnostician.

So for some simple stuff, like having the sniffles, why wouldn’t I want to see an IBM Watson fellowship-trained physician avatar to tell me to drink plenty of liquids and stay home from work?

Part of being a good doctor is to be human.

We listen attentively to a patient as they describe their worst day with their illness.   Empathizing with patients is an enormous part of the healing process. A simple human touch on the hand or a genuine smile at a routine office visit can often be just as healing.

Interestingly, while the talks on how avatars could revolutionize healthcare was going on in one meeting room, J.J. Abrams, the director of Star Wars: The Force Awakens, was in another discussing how CG has impacted the “human” elements in film.

In response to the previous three Star Wars movies which had arguably overused CG, he made a conscious decision to use it sparingly in the latest chapter.  For example, CG was mostly used to hide a rig on the set or the legs of the puppeteer who rolled BB-8 around.

Mr. Abrams told a packed audience, “In the case of Star Wars, [we wanted] to create a sense of analog authenticity visually … to make sure that the humanity of the characters wasn’t getting lost whenever possible… and to make sure the movie characters are as human as possible.”  In essence, he found that people sometimes find it harder to relate emotionally to CG characters than to human actors.

During his talk, I couldn’t help but think how patients might perceive their interactions with a physician avatar.  Sure, it may seem novel and cool at first, but will interactions eventually become hollow?

Even though advances in health care technology can improve patient access and may minimize physician error, as people of the human race, we should be wary of anything that may sacrifice the humanistic element of medicine.

J. J. Abrams gets it and so should we.

Blood pressure in the elderly: How low is too low? 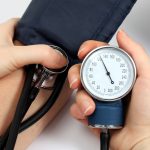 What J. J. Abrams can teach us about the future of health care
6 comments