Donald Ross (an obvious pseudonym) has practiced in a medium sized town for around 20 years.  I count him as a protege as we worked together during his residency.  As a clinician educator, we work with many interns and residents, and sometimes we develop lifelong relationships.  Donald Ross and I share a love of golf, ACC basketball (although we root for rival teams), and internal medicine.  We periodically communicate through Facebook.

Recently, he posted on Facebook that he was leaving his current group practice to start a retainer practice.  I have visited him as a guest lecturer in the past, and we either talk or exchange messages periodically.  This announcement piqued my interest, so I arranged to call him and learn more.  He has given me permission to tell his story.

Donald proceed to tell me a classic burnout story.  I suspect all my readers know that physician burnout is an epidemic.  Donald’s story is classic.  As family physicians and internists increasingly become employees, the practice leadership defines rules and expectations.  Most such practices embrace electronic records.

How did that impact Donald?  His schedule included 20-minute increments.  Between patients, he would try to write his notes and handle electronic tasks.  He noticed that he was becoming increasingly unhappy with medical practice.

With the growth of hospital medicine, he (like many internists) quit following his own patients in the hospital.

His tipping point came when a patient’s daughter fired him because he no longer spent enough time interacting with her mother and her.  She opined that he had changed from the enthusiastic young internist they once knew.

With great soul searching he decided that he needed a different style of practice ––one that allowed him to rediscover his joy of medicine.  The article linked above said it well:

… Physicians are getting tired of the “turnstile” medicine they are being forced to practice — seeing more patients in less time — rather than building the relationships that inspired them to enter the profession. Increasingly, however, the physician-patient relationship is being supplanted by the economic demands of a medical machine.

So Donald spent four months saying goodbye to some patients, arranging a new physician to see them, and recruiting some patients.  He told me that many patients were more than willingly to pay the retainer fee to follow him, but that others chose not.  He did not think that personal wealth was the deciding factor.

He now works in a free clinic 1/2 day each week and is planning to do some mission work with his church.  He wrote about a recent day:

By the way, went to the hospital to see two patients today after my 7:00 a.m. Pharmacy and Therapeutics meeting (required to keep my privileges) … met with the rounding Hospitalist and gave them background info which seemed surprised and pleased to have some help … saw my patients (who were appreciative) and went back to my office to see my nine patients today … who says I am not busy!

My colleague, Tom Huddle and I, wrote about the ethics of retainer practice in 2011.  In response to numerous letter we responded and included this concluding paragraph:

Although medicine is not just a job, it is, contrary to Dr. Webster’s view, business as well as service. We should welcome retainer medicine, integrated health care systems like Kaiser Permanente, and other attempts to combine high-quality health care with physician and patient satisfaction. And we should permit physicians to make their own decisions with regard to political participation and the importance of societal health compared with other societal goods. Physicians who form retainer practices should offer some free care; if they otherwise conduct their medical practice in conformity with the ideals of professional ethics (excluding any putative bearing of professional ethics on politics), they are exhibiting anything but “a rather thin view of moral responsibility”. In performing exemplary professional work, they are providing society exactly what it asks of them and, in so doing, giving the medical profession everything that our profession should demand of us.

Donald’s story speaks loudly.  He is a very dedicated primary care internist.  As we talked, I could tell how making this decision involved great self-reflection.  We talked about the joy of being a physician and how the many administrative burdens and payment requirements had sucked the joy out of his career.  He told me how happy he was spending adequate time with his patients.  His patients all have his cell phone number.  He calls them to discuss their test results.  He has returned to practicing the medicine we trained him to practice.  He sounded relieved and very happy, looking forward to many productive years.

Improving the care of individual patients, bettering the health of populations, and lowering health care expenses — that covers everything, right? Not so, according to Drs. Thomas Bodenheimer and Christine Sinsky. In 2014, they published a paper in the Annals of Family Medicine titled “From Triple to Quadruple Aim: Care of the Patient Requires Care of the Provider.” In it, they very effectively made the case that our ability to achieve the triple aim is jeopardized by the burnout of physicians and other health care providers. They proposed adding a fourth dimension to the three in the triple aim: “the goal of improving the work life of health care providers, including clinicians and staff.”

A TV series from the late 50s and early 60s featured this line in closing: “There are eight million stories in the naked city. This has been one of them.”

We do not have 8 million physicians, but we have many.  This rant tells the story of one physician.  He is not alone.

This doctor never gave up. And look where he is today. 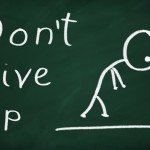 A doctor shares the secrets of cancer survivors 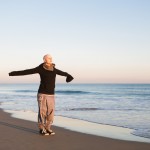 A story of how one physician overcame burnout. He is not alone.
15 comments