There comes a time in most people’s training when adversity threatens to become overwhelming and swallow them whole. It could be as a medical student, while spending countless hours in the library or when on demanding rotations.

Or, it could be during residency, from the 80-hour work weeks or the stressful patient care situations. It might even happen well into training, when the weekly grind just becomes too much. Burnout, generally defined as “loss of enthusiasm for work, feelings of cynicism, and a low sense of personal accomplishment,” is more common among physicians than other American workers — 46 percent of physicians responded that they had feelings of burnout in a 2015 survey, with the highest rates occurring in physicians on the front lines of care, in specialties like emergency medicine and primary care.

When I was young, I wanted to quit everything I tried. It happened first at age 5. Tears welled in my eyes when I was unable to kick the ball correctly during my second soccer practice. The coach tried to help me, but the ball just wouldn’t go where I wanted it to. I was a stubborn child, and on this occasion, I stomped off the field after practice and cried all the way home. I told my mom I was never going to play soccer again. I took a pen and stabbed holes in my jersey to prove the strength of my 5-year-old will.

The next day, my mom and dad sat with me during breakfast, and calmly told me that despite my wishes, I was actually not going to quit soccer — that they wouldn’t let me. I was still angry, and I fought back. In the end, we agreed to a compromise: that I would finish the season, but afterwards, if I didn’t want to play anymore, I could stop. By the end of the season, I loved soccer. I played throughout high school, and I continue to play today in adult men’s leagues.

It happened again when I was 11, this time during summer camp. It was my first experience spending a significant amount of time away from home, at a sleep-away camp in northern Michigan. By day three, I was homesick and miserable. The other kids were too loud at night, and I couldn’t sleep. I didn’t like the food. The activities were boring. I wrote my parents every day, begging them to come pick me up. Again, my parents pushed back, reminding me that just a few weeks earlier I had begged them to go to camp in the first place and that I must finish my commitment.

In medical school, it very nearly happened again, this time threatening to end my medical career before it really even got started. I took a year off before starting medical school, working as an English teacher in Japan. Not only was it difficult for me to transition back into the role of student, but I also wasn’t prepared for the difference in intensity and volume of medical school work compared with undergrad. After three months of courses in anatomy and biochemistry, I was performing poorly and not putting in the time needed to succeed. I began feeling more and more overwhelmed, and those old tendencies that I had as a child started to creep in.

Maybe this isn’t for me, I remember thinking. I was so much happier in Japan, so much more carefree! Maybe I should quit medical school and go back … I could get another job as a teacher…

I thought back to those childhood lessons on the importance of perseverance. Instead of giving up, I decided instead to dig in and work harder, because I remembered why I entered medical school in the first place — my dream of becoming a primary care physician. I spent more time in the library. I joined study groups. I did extra practice problems and took more thorough notes. Better results came almost immediately. My scores improved, as did my mood. Now, nearly seven years later, I am so relieved that I stuck with it. I am enjoying my final year of residency, and I’m excited about my future career as a family medicine doctor.

Medical training is hard, no doubt about it. The hours are long, and the job can be demanding and stressful. Although burnout and stress are sometimes unavoidable, my advice from personal experience is to try to keep those feelings at bay when you see them approaching. If the stress becomes too much and threatens to overtake you, think twice before giving up. Maybe what’s needed is some personal time, a change of direction, or a conversation with someone you trust and admire as a mentor.

For me, what was needed during that first year of medical school was a long look in the mirror and a greater commitment to my long-term goals. And, I’m not sure I would have made the same decision without some timely lessons throughout my childhood.

Thank you, mom and dad! 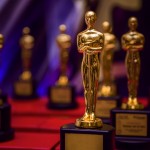 A story of how one physician overcame burnout. He is not alone. 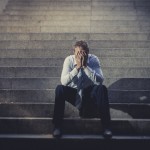 This doctor never gave up. And look where he is today.
3 comments