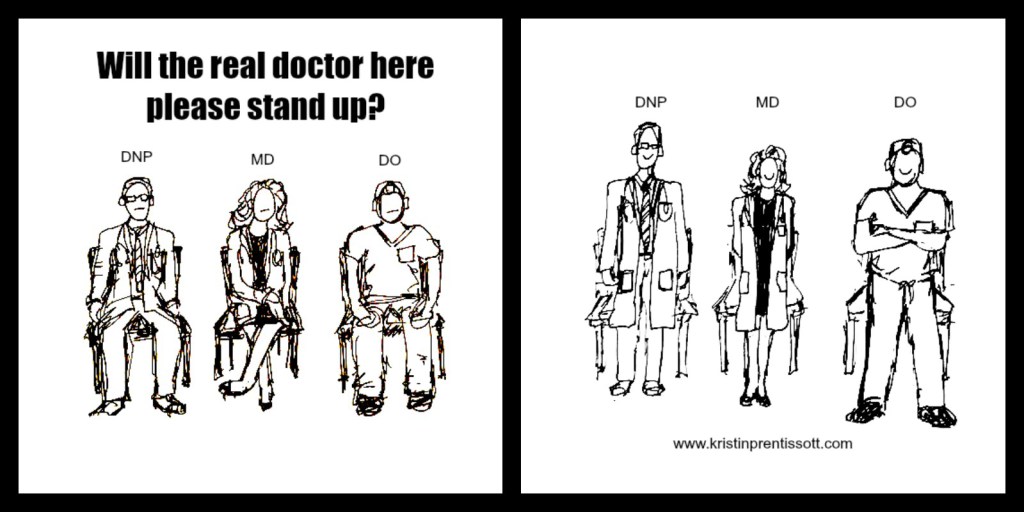 In 2006, graduate nursing programs started granting doctorates of nursing practice (DNP degrees). In a media fact sheet, the American Association of Colleges of Nursing (AACN) explains the thrust for the change this way:

Some of the many factors building momentum for change in nursing education at the graduate level include: the rapid expansion of knowledge underlying practice; increased complexity of patient care; national concerns about the quality of care and patient safety; shortages of nursing personnel which demands a higher level of preparation for leaders who can design and assess care; shortages of doctorally-prepared nursing faculty; and increasing educational expectations for the preparation of other members of the healthcare team.

The AACN media release explains that other areas of healthcare practice offer clinical doctorates (psychology, physical therapy, optometry, dentistry, audiology, etc.) and asserts that a DNP is the natural terminal degree in the practice of nursing.

So should a DNP be called “doctor” or not?

This question is a hotbed for comment sections all over the Internet. The thing is: There is no controversy where there is a clear answer. Controversy requires, at least, two good opposing arguments.

When taking a side on an issue like this one, people often fall into using pejorative language with words like “more” and “better.”

Can you imagine the frustration of years of hard work to earn the title of “doctor” only to be told you can’t use it because the doctorate you earned has the word “nurse” in it?

It seems absurd — even bigoted.

And yet, I am reminded of the world of running.

Runners have a kinship. Runners do the same thing … they run. They share an understanding of long runs and tapers, new shoes and negative splits. In a room full of people, if two runners find one-another, they will have something to talk about.

Imagine you are a runner and you and a friend run a race. You both share the joy of crossing the finish line. That night you go out to celebrate, and you overhear your friend talking about running the marathon — but you know your friend ran the half, and you ran the full.

A half–marathon still has the word marathon in it. 13.1 miles is an accomplishment – one to be proud of (hence all of the car stickers proclaiming it). 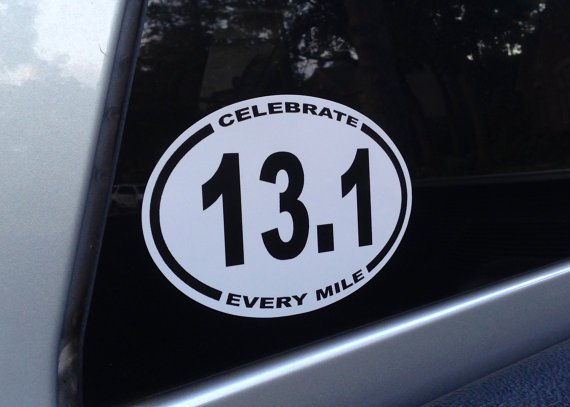 But some people finished all 26.2 miles, and you are one of them.

Well, it’s no big deal. Certainly nothing worth mentioning. But there is something the tiniest bit unsettling about it.

Is it because calling oneself a marathoner when one only ran 13.1 miles seems to capitalize on the respect for the longer race in a self-serving sort of way?

Is it because using the title “marathon runner” interchangeably for those who run halves and those who run fulls somehow lessens the meaning of the title by making it easier to achieve and, therefore, more common?

Maybe it is a combination of these things. Maybe it is neither of them. Honestly, I don’t know. I just know that the feeling isn’t one of gushing approval and enthusiastic endorsement. And it doesn’t matter if your friend is a faster/better runner — it only matters that the distance was not the same.

And so it is when physicians hear nurse practitioners with a DNP claim the title “Dr.” when they have run a shorter course to earn the privilege of practicing medicine.

There are indeed two sides with good arguments. With this kind of an impasse, I think tradition will shift. I can see a future where providers introduce themselves by their degree: “Hi, I’m DNP Smith, and these are my colleagues MD Rodriguez and DO Jones.” Or perhaps DNP programs will add even more curriculum and residency programs, and it will become indistinguishable in practice whether your doctor is an MD, DO, or DNP.

What is clear is that the future of medicine looks a great deal different than its past. 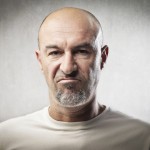 A routine visit with a transgender patient

Will the real doctor please stand up?
50 comments