A patient came to the office and refused to see me, although I was quite willing to see him. I’ll present the scenario followed by the patient’s reason he took an abrupt U-turn. Then, if you are inclined, you may offer your own advice and comment.

I performed a colonoscopy on this patient and found a large polyp in the upper part of the large intestine, or colon. The upper part of the colon, or right side of the colon, has been receiving a lot of press in gastroenterology in recent years. Medical studies have observed that cancers in this region are more easily missed for reasons that don’t need to be explained here. For this reason, gastroenterologists are particularly vigilant when examining this region.

The polyp was large and somewhat hidden behind a fold of tissue. I suspected that this was a benign lesion. I removed the polyp using one of the gadgets in our bag of tricks, but knew at the time that I had left some polyp tissue behind. I was unable to remove the entire lesion because of its tricky location. Also, because the polyp seemed to be embedded in the wall of the colon, I wasn’t certain that I could safely remove the remaining fragment without causing a complication. First, do no harm.

I advised the patient to return to the office in 3 weeks so that we could review the options. In the meantime, the pathology report from the specimens confirmed that the polyp was benign, but pre-cancerous. The remaining polyp tissue would have to be removed. Our practice has a No Polyp Left Behind policy.

There are two options that make sense.

Discussing these two options, with their respective risks and benefits, is a long conversation. I would anticipate many questions from the patient and any family member who might be present.

The patient came to the office at the appointed time, but then balked when he was asked for his $40 co-payment, as required by his insurance company. Of course, we have nothing to do with setting co-payment rates. While I have respect for the sum of $40, I think it can be argued that this is not excessive for receiving a full presentation of medical options from a physician on how best this patient can prevent colon cancer from developing.

He left the office. How should I react? Should I call him and provide a “free office visit” on the phone for 15 minutes, so he doesn’t have to fork over the forty? I make dozens of phone calls to patients every week, but these are generally to resolve simple issues.

If, during one of these calls, I decide that a phone call is not appropriate for resolving the issue, then I ask the patient to make an appointment. While a patient might think, for example, that I can diagnose and treat diverticulitis on the phone, I prefer a hands-on approach here.

Should I write to my PPP (petulant polyp patient) and advise him that he needs to see me face to face as the issue is more than a phone call can handle? What if I do so and he doesn’t show up. If a few years from now, the lesion turns malignant, then will this be my fault? When does my responsibility end and his begins? 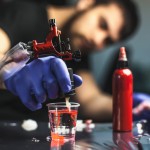 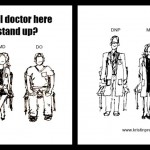 Is it the doctor’s fault if a patient doesn’t want to come in?
28 comments